Grand Central Publishing
Ideas
By Joshua Kendall
Kendall is the author of The Forgotten Founding Father: Noah Webster’s Obsession and the Creation of an American Culture. He is now working on a book about the favorite books of America’s Presidents.

Americans have long felt a personal connection to the president—as if the occupant of the Oval Office were their parent. As Henry Knox, our second Secretary of War, wrote to George Washington before the first election in 1789: “the people of America look up to you as their father, and into your hands they entrust their all.” And our first president cemented this parental bond by connecting with the American people just as sensitively as he connected with his own two stepchildren, John and Martha Parke Custis.

It turns out a president’s parenting style says a lot about his leadership style in office. There are two main types.

Nurturing fathers, like Washington, include James Monroe, James Garfield, Harry Truman, Gerald Ford and Barack Obama, whose tender affection for his daughters, Malia and Sasha, has emerged as a source of national pride. With both their children and the American people at large, these presidents stressed inclusivity.

For example, James Monroe was the father of two girls, Eliza Kortright and Maria Hester, upon whom he doted and from whom he was rarely separated, even when his political career took him to New York City and Paris. Like Washington, Monroe tried to unify the country by traveling to all the states. Just a few months after taking office, the Virginia native embarked on a 15-week tour of New England. In reporting on the warm reception, a Boston a newspaper alluded to the dawn of an “era of good feelings”—a phrase later used by historians to capture Monroe’s entire presidency.

Likewise, Ford, the gentle father who said he aimed to give his four children—Michael, Jack, Steven and Susan—“the courage to seek personal challenges and the capacity to make it on their own”—saw himself as a national healer. He devoted his presidency to bringing Americans together after the trauma of Watergate.

In contrast, another type of presidential parent is the career-oriented go-getter who devotes comparatively little time to child-rearing. These presidents include John Quincy Adams, Martin van Buren, Herbert Hoover, Franklin Roosevelt, Lyndon Johnson and Richard Nixon. As leaders, these hard-driving presidents prided themselves on making something happen—no matter how much opposition they faced.

For example, due to his long stints as a European ambassador, Adams hardly got to know his two eldest sons, George and John II, when they were young. And when he became Secretary of State, his father, former president John Adams felt compelled to remind him that “children must not be forgotten in the midst of public duties.” John Quincy Adams failed miserably as a president because his combative leadership style left him with few allies.

Likewise, the polio-ridden Roosevelt was often a stranger to his brood of five. As his eldest child, Anna once put it: “Father wouldn’t give me the time of day.” Yet although the author of the New Deal had difficulty developing intimate bonds with family members, he was masterful at bonding with millions of anonymous Americans who felt confident that he was fighting for them. In announcing what he called the Second New Deal just before winning the 1936 election by a landslide, Roosevelt railed against the captains of industry whom he considered his enemies. “Never before in all our history have these forces been so united against one candidate as they stand today,” Roosevelt told a cheering Madison Square Garden crowd. “They are unanimous in their hate for me—and I welcome their hatred.”

This election cycle, presumptive candidates Donald Trump and Hillary Clinton seem to fall into the second category. The question at hand is whether either candidate shares Roosevelt’s remarkable ability to mobilize the country despite opposition. While tough parents can sometimes make us feel protected, they also have the potential to alienate us. 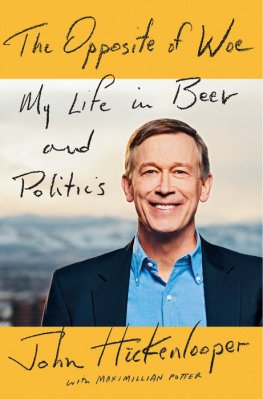