Donald Trump announced 11 of his potential Supreme Court picks on Wednesday, each notable for different achievements. But only one of them has a spectacular Twitter account.

Don Willett, a justice on Texas’ Supreme Court, was dubbed the “Tweeter Laureate of Texas” by the state legislature in 2015. He described his affection for the medium to Law360: “I think people just find it remarkable that a high court justice would step out from behind the bench and have a persona that’s not the traditional, stodgy, fuddy-duddy persona, but actually comes across as authentic and engaging,” he said.

Still, Willett has some rules he holds himself to to make sure his Twitter stays fun, but not controversial.

“I don’t talk about matters that could come before the court, I don’t throw partisan sharp elbows or try to score cheap political points,” he told Law360. “I resolutely try to stay above the fray and keep things light and comical and entertaining, and sometimes even informative.”

That doesn’t mean he hasn’t mentioned 2016 politics, including Trump. Here are a few of his most relevant tweets:

Others are about his kids:

And some are just random observations and jokes: 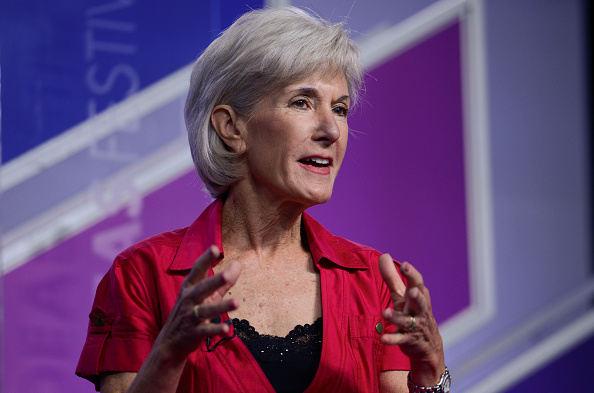 Sebelius Hails Supreme Court Decision as 'Win for Women'
Next Up: Editor's Pick