Timing is everything. Last week, South Korea’s President Park Geun-hye visited the city of Dresden to deliver a speech. Standing in what was once East Germany, she outlined her plan to push for the reunification of the Korean Peninsula. “Just as German unification represented the inexorable tide of history, I believe that Korean unification is a matter of historical inevitability,” she said.

Inevitable, perhaps, but not imminent — as North Korea just made clear. Early Monday, local time, Korean People’s Army faxed the South Korean Navy’s Second Fleet a warning that it would conduct live-fire drills off its western coast. It is a dangerous neighborhood where the two sides have clashed before — most recently in 2010 — and where a miscalculation could mean deadly escalation.

South Korea cleared fisherman from the area, but warned they would respond if provoked. The North went ahead, firing a total of about 500 artillery shells, according to South Korean officials. Most of their shots fell short of the Northern Limit Line, a disputed sea boundary they do not recognize. About 100 landed south of the line, prompting the South to fire back and scramble jets. Residents of front-line South Korean islands spent the day in shelters.

The incident seems to be a careful and precisely timed message from the North. If they wanted to hit the South, they could have. Instead, they sent a warning, firing most of their missiles right up to, but not over, the line. “If they really wanted to start something they wouldn’t have given advanced warning,” says John Delury, of Seoul’s Yonsei University. “The North Koreans did this to make a point.”

The tests are clearly timed to coincide with ongoing U.S.-South Korea military exercises, which the North Koreans consider a dress rehearsal for war. Dictator Kim Jong Un maintains his grip on power in part by convincing his people that they are perpetually under siege. Domestically, the tests can be sold as a defensive measure, a chest-thumping warning to would-be invaders from South Korea or the U.S.

The timing also seems like a rather pointed reminder that Park Geun-hye’s diplomatic efforts in Europe, including her speech in Dresden, are very much at odds with North Korea’s plans. Peaceful reunification is not on their agenda, and they do not wish to see things move ahead on her terms. “They are pointing out the gap between Park’s speech and the ugly reality of where things stand,” Delury says.

The goal, presumably, is to bring the focus back to stalled talks with the U.S. and others. If the past is any guide, we can probably expect the North to push ahead with tests, including, potentially, a fourth nuclear test. They said as much on Sunday, warning the world, obliquely, that they may have a “new form” of test in the works.

That may or may not happen, but if it does, the month of April offers them a couple of dates rich in symbolism: On April 15, North Korea will celebrate the birth of its founding father, Kim Il Sung, one of the most important days of the year. Not two weeks later, on April 25, they will mark the founding of the Korean People’s Army.

Add to this the fact that U.S. President Barack Obama is scheduled to make an April stop in Seoul, and it is unlikely Kim will retreat to the shadows any time soon. 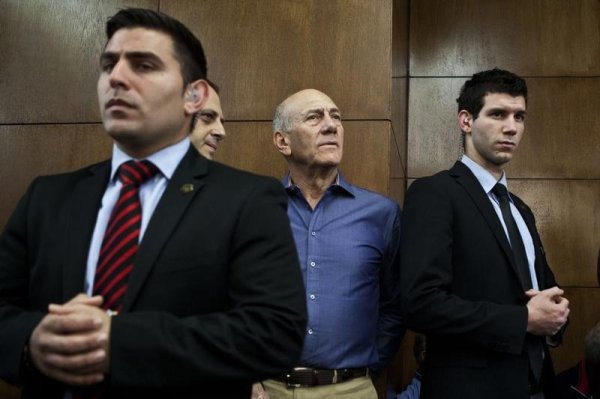