Donald Trump has further walked back previous comments suggesting women should be punished for having an abortion, saying in a new interview that he meant women “punish themselves.”

In an interview with the New York Times Magazine published Wednesday, Trump attempted to clarify what he meant in March when he said there should be “some form” of punishment for women seeking abortions if the practice was banned.

“I didn’t mean punishment for women like prison. I’m saying women punish themselves. I didn’t want people to think in terms of ‘prison’ punishment. And because of that I walked it back,” Trump told the Times.

This is the second time Trump has moderated his position on abortion. The presumptive Republican presidential nominee was met with strong criticism from both sides of the aisle after his original comments apparently endorsing punishment, causing him to quickly release a statement disavowing the position.

“If Congress were to pass legislation making abortion illegal and the federal courts upheld this legislation, or any state were permitted to ban abortion under state and federal law, the doctor or any other person performing this illegal act upon a woman would be held legally responsible, not the woman,” Trump said in the statement. “The woman is a victim in this case as is the life in her womb. My position has not changed—like Ronald Reagan, I am pro-life with exceptions.” 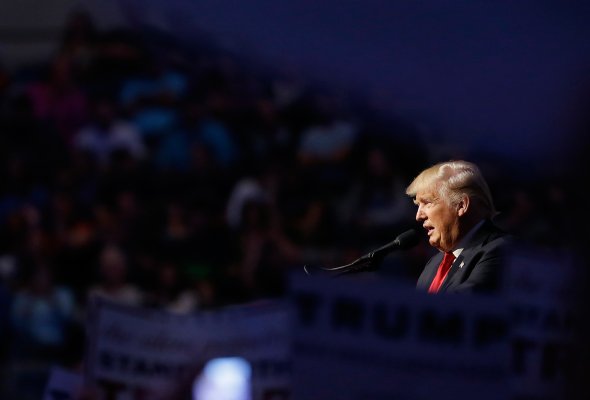