President Barack Obama delivered the commencement address at Rutgers University on May 15, indirectly criticizing Donald Trump by mentioning some of the presumptive Republican presidential nominee’s policies, including his plans to build a Mexican border wall and ban Muslims from entering the country.

Here are the full remarks from Obama’s speech on the Rutgers campus in Brunswick, New Jersey. 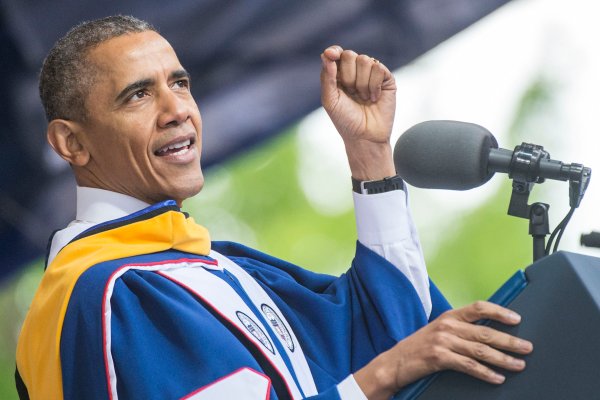