Google had a lot to showcase at its annual developer conference on Wednesday, from a new home virtual assistant to plans to delve deeper into virtual reality.

This year’s Google I/O focused heavily on machine learning and VR, and how these technologies are being applied to Google’s core products. Here’s a look at the most important announcements from the event.

Google Home, launching later this year, is very much what it sounds like: a virtual assistant for your house. It’s a voice-activated device meant to be placed in the home that allows for access to Google when your phone isn’t nearby. The company also positioned the device as a smart controller for the home during its presentation, saying it’s capable of communicating with nearby connected gadgets like smart light bulbs and Nest devices. It’s very similar to the Amazon Echo, a personal speaker that includes the company’s Alexa virtual assistant. Like the Echo, Google says Home will eventually integrate with third-party apps as well.

Google significantly upgraded Google Now with a helper called Google Assistant. This new technology understands natural language more easily than Google’s previous voice search and puts queries into context so that users don’t have to be as specific when asking a question. Assistant also offers suggestions based on your request, like asking if you want to buy movie tickets after checking what’s playing, and will be included in Google Home and messaging app Allo.

Allo is essentially text messaging merged with a virtual assistant. The app, which launches this summer for Android and iOS, makes intelligent observations about your conversations and injects relevant information. For example, if a friend invites you out to dinner for Italian food, Allo will suggest a nearby restaurant. The effect is somewhat similar to the way chat bots on Facebook Messenger enable users to call an Uber or send flowers without leaving a messaging thread.

Google is going all-in on virtual reality when it comes to Android. The company on Wednesday announced Daydream, a mobile platform meant to make it easier for companies to create high-quality virtual reality experiences on Android devices. Google will be working with phone manufacturers like Samsung, HTC, and LG to add components like sensors and screens that can make their devices more optimal for VR. The company will also share a reference design for a headset and a controller for companies that want to develop Daydream-ready VR viewers. The new version of Android, which Google will debut later this year, has also been optimized to run virtual reality content smoothly.

What’s especially interesting about Daydream is Google’s controller reference design. The search giant embedded motion sensors in it, making it the first gesture-based remote for mobile VR headsets. This would allow for experiences like casting a virtual fishing line or flipping a virtual pancake. The Gear VR, a smartphone based VR headset made by Samsung, requires users to interact with a standard controller or a touchpad along the side of the headset.

Although Google has already revealed what we can expect from the next version of Android, there’s one crucial piece of information missing: its name. For the first time, Google is inviting the public to submit titles that begin with the letter N. The company traditionally names its updates after sweet treats, like Marshmallow or Lollipop.

Google is issuing an update to its wearable tech software that brings more functionality to smartwatches that run on Android. The biggest addition is the ability for apps to run independently of the smartphone their associated with. During a demo, Google’s David Singleton sent messages and launched apps while his phone was turned off. Watches will still have to connect to Wi-Fi or a cellular network, but it’s a step forward in making smartwatches standalone devices rather than just phone accessories. Other new features include the ability for watch faces to show updates from various apps, improved auto responses and handwriting recognition for replying to text messages, and automatic exercise recognition. 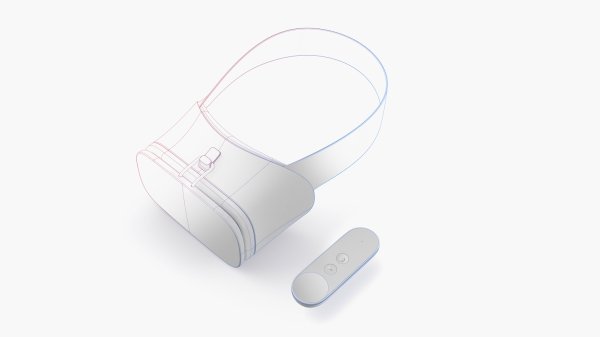 This Is Google's Next Big Move in Virtual Reality
Next Up: Editor's Pick