The Obama Administration finalized a rule that guarantees overtime pay for middle class workers on Thursday. The new rule from the Department of Labor says salaried employees who earn up to $47,476 annually qualify for overtime, with some exceptions depending on occupation.

Under the new rule, about 4.2 million workers will have access to overtime pay. The salary threshold for overtime pay would also increase every three years; after going into affect in Dec. 2016, the rule would be updated in Jan. 2020. At that time, the maximum salary to qualify for overtime pay is estimated to increase to $51,000.

“Increasing overtime protections is another step in the President’s effort to grow and strengthen the middle class by raising Americans’ wages,” a fact sheet from the White House reads. “This extra income will not only mean a better life for American families impacted by overtime protections, but will boost our economy across the board as these families spend their hard-earned wages.”

The rule comes as the result of a 2014 directive from Obama, who called on the Labor Department to review the 1938 Fair Labor Standards Act, which first mandated workers who are on the job more than 40 hours per week get paid time-and-a-half. That law, however, has been updated once since the 1970s. Under the old framework, salaried workers were only eligible for overtime pay if they made up to $23,600. Though hourly workers generally have guaranteed overtime, salaried employees are only eligible if their salary falls under the threshold set by the Department of Labor. Salaried employees are also exempt from overtime pay if they perform certain duties including executive, administrative, and professional work. Teachers, doctors, and lawyers are also ineligible for overtime pay, though some special provisions may apply.

Since the overtime rule was proposed last year, business groups and critics have expressed concern that the rule would encourage businesses to hire more low-wage workers to avoid paying overtime and reduce the number of managerial jobs available. The Obama administration received over 270,000 public comments on the rule; in Congress, several hearings were held to discuss the potential impact of the change.

“If the stated goal of the administration is the pathway to the middle class it makes no sense to have regulation that would eliminate managerial positions and supervisory positions and replace them with part time and hourly,” says David French, the National Retail Federation’s senior vice president of government relations told TIME last June. On Wednesday, many opponents of the rule say it still puts workers at risk of losing out in favor of hourly workers. 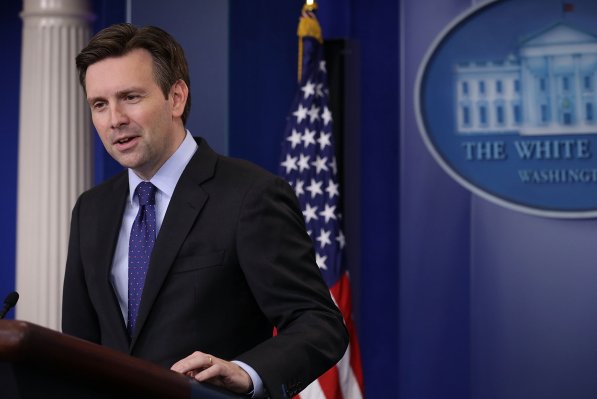