Venezuelan police officers block the road during a demonstration held by opponents of Venezuela's President Nicolas Maduro, as they demand a referendum in Caracas on May 11, 2016
Anadolu Agency/Getty Images
By Mark Rivett-Carnac

Venezuela’s opposition has rejected the state of emergency ordered by President Nicolas Maduro and called on the military to decide whether it will side with the constitution or Maduro as the country convulses under severe economic crisis.

“If Maduro wants to apply this decree he will have to bring out the warplanes and the tanks into the street, because he will have to apply it through force,” opposition leader Henrique Capriles told a news conference, Agence France-Presse (AFP) reports.

The opposition-controlled National Assembly said the decree, which went into affect on Monday, is unconstitutional and unduly extends the President’s powers, according to AFP. Maduro, however, said he enacted the 60-day state of emergency to protect against threats to the country, accusing the U.S. of sending spy planes into Venezuela’s airspace.

Deepening economic woes have brought Venezuela to the point of collapse, with widespread food shortages and power outages. Last month, the government announced rolling blackouts and a two-day workweek to help conserve resources.

After public outrage erupted into protests in April, the opposition said it had collected 1.8 million signatures on a petition for a recall vote, the BBC reports. It has urged the public to join protests planned for Wednesday to call for an end to Maduro’s rule through a referendum. 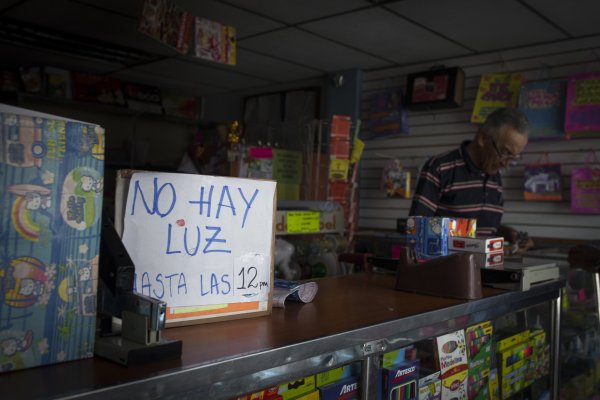 Venezuela Shortens Workweek to Save Power
Next Up: Editor's Pick