In Megyn Kelly’s prime-time Fox special with Donald Trump on Tuesday night, she pressed him hard on the sexist language he and his supporters have used about her over the past nine months.

“You’ve probably had some pretty nasty tweets sent your way … I don’t want that to happen,” Trump said of the aftermath of the first Republican debate, when he and Kelly first tangled over his vulgar language toward women.

“You retweet some of those,” Kelly replied. “It’s not just the fans.”

“Not the more nasty ones. You would be amazed at the ones I don’t retweet,” Trump replied.

“Bimbo,” Kelly interjected, referencing the fact that Trump has retweeted his followers referring to Kelly by that word. (Trump himself tweeted in January, “I refuse to call Megyn Kelly a bimbo, because that would not be politically correct. Instead I will only call her a lightweight reporter!”)

After quibbling over how many times Trump has used that word in his tweets and retweets to refer to Kelly, he laughed and half-jokingly said, “Excuse me.”

But then the presumptive Republican nominee went back on defense: “Not the most horrible thing,” he said of the word. “Over your life, Megyn, you’ve been called a lot worse. Wouldn’t you say?” 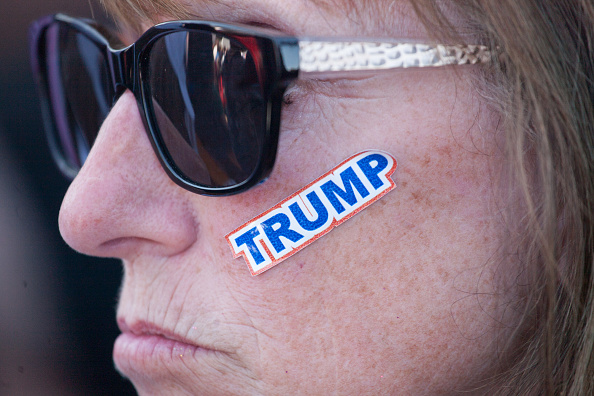 Why Donald Trump Is Targeting 'Security Moms'
Next Up: Editor's Pick