After declaring that his watch had ended in the closing moments of the third episode of Game of Thrones‘ sixth season, Jon Snow (Kit Harington) appeared onscreen Sunday in an outfit viewers had not seen him wear before. As the former Lord Commander was reunited at long last with his sister, Sansa Stark (Sophie Turner), he sported an ensemble that may provide a clue about the events to come.

As explained by Reddit user NobleHalcyon, the item of clothing in question is a brown suit of armor that both his father, Ned Stark, and brother, Robb Stark, wore during their respective times as head of House Stark before being murdered by the Lannisters. “Throughout the entire series, Jon has worn very basic materials without much decoration (with some exceptions, as when he is training or going off to fight). When one pictures Jon Snow without his cloak, it’s generally in that very plain, smooth leather top,” the Redditor writes. “This episode he wears the Stark armor that Ned wore and Robb briefly wore too. This is significant, as he has never done so on screen. It’s no coincidence that this happens right as his sister/cousin comes along and basically tells him that he can take back the North for the Starks.”

For reference, here’s a photo of young Ned Stark in the armor:

Could this change in attire foreshadow Jon defeating Ramsay Bolton to regain Winterfell and his family’s rightful position in the North? Only time will tell. 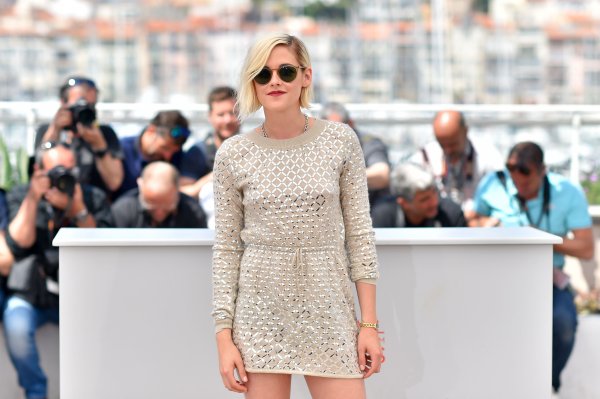 Kristen Stewart Has Already Stolen the Show at Cannes
Next Up: Editor's Pick