Kristen Stewart Has Already Stolen the Show at Cannes

Kristen Stewart on May 17, 2016 in Cannes, France.
Loic Venance—AFP/Getty Images
By Stephanie Zacharek

If there are any old-school craftspeople who still carve wooden figureheads for grand ships, they owe it to the world to make one in Kristen Stewart’s image. Her profile, so strong and proud, looks like something not of our time, which might be what makes Stewart seem so modern: It’s as if she’s skipped over a few eras and come directly to ours, to try on our designers’ clothes, to amuse herself with our technology, to experience the joy and comfort of wearing a pair of beat-up Chuck Taylors. She fits right in even as she pushes ahead, parting the waves as she goes. Nearly everyone wants to see what she’ll do next—an enviable place for an actress to be.

Stewart has two films here at Cannes, playing very different roles, and she’s terrific in both. In Woody Allen’s Café Society, she plays Vonnie, a down-to-earth secretary in ’30s Hollywood, a transplant who’d at one time hoped to set the town on fire but who now, sensibly, isn’t sure she cares so much. She’s being wooed by a more recent newcomer, played by a tic-ridden Jesse Eisenberg, though, unbeknownst to him, she’s already having an affair with his uncle (and her boss), played by Steve Carell. Vonnie is too good for both of them, though everybody except Allen seems to know it: When we first meet her, she’s coasting around town in sporty, practical playsuits, her silky voice like a zephyr softening the harsh LA light. She disappears for much of the movie and then reemerges a changed woman, draped in diamonds and furs, a transformation that feels forced and, worse yet, like a rebuke—Allen’s way of reminding us how fickle womankind can be.

Actors clamor to work with Allen, though it’s hard to understand why: For years, he’s rarely brought out the best in them, moving them around like wooden figures in his stagey tableaus. Still, Stewart can’t be Woodyized. She survives Café Society not just intact but triumphant. Yet her real victory at this year’s festival is won in Olivier Assayas’s superb, supremely spooky ghost story Personal Shopper. The film is disquietingly effective: I saw it at a nighttime screening; it followed me back to my hotel room. I sat up for while writing work emails, then shifted to personal ones. Around 2 a.m., I had a DM chat with a friend. It was well past time to turn out the lights. I was just afraid to.

Personal Shopper is unlike any other Assayas film, though if you know and love his work, you’ll spot familiar touches: Stewart, in a helmet and sumptuously worn-in leather aviator’s jacket, tooling around Paris on a motorbike, is an image borrowed from Assayas’s early masterpiece Irma Vep. In Personal Shopper, Stewart’s character is Maureen, a woman with a seemingly cool job that she truly hates: As a way of earning enough money to live in Paris, she works as a personal shopper to a very busy French actress—she’s so busy she’s almost vaporous. We rarely see her, and Maureen doesn’t, either.

Maureen spends her days dashing from one atelier to another, picking up extraordinary, and extremely expensive, garments for her boss to wear. But her real preoccupation is communication with the dead: She’s a medium, a person attuned to picking up signals from a beyond that most of us can’t even begin to comprehend. When an acquaintance tells her about Hilma af Klimt, an early abstract painter who drew inspiration from her communications with the spirit world, Maureen immediately Googles for info; then she buys a book. In Assayas’s world, people always want to know more—though in Personal Shopper, Maureen may end up knowing too much.

What she wants most desperately is to communicate with her twin brother, Lewis, who has recently died. Lewis, who lived in a house on the outskirts of Paris, was a medium too: He and Maureen had always promised each other that whoever died first would send a sign to the other. So Maureen spends night after night in her brother’s empty house, a nest of shadowy corridors and murky windows, begging him to speak to her. One night, the faucet begins running spontaneously. Then Maureen sees something that sends her flying to the floor, where she cowers against a wall. (To describe it would be a betrayal of the fierce delicacy of the effect, but I’m not sure I’ve seen anything so unnerving since Robert Wise’s The Haunting.) Later, Maureen receives a mysterious, teasing text message from a contact designated as “Unknown.” And so, via her possibly haunted smartphone, she begins communicating with the unknown. Could it be Lewis texting her from the other side? Maureen jumps to respond each time she hears that familiar buzz, while Stewart makes us feel the electronic tingle in our own nerve endings.

Personal Shopper is a strange and beautifully made film: That it was booed by the first audience to see it in Cannes, a press audience, means nothing—if anything, it’s a measure of how challenging and original the picture is. It’s also a further flowering of the partnership between Assayas and Stewart, who won a Cesar for her role in his last film, The Clouds of Sils Maria, where she played the perceptive, long-suffering personal assistant to a demanding actress (played by Juliette Binoche). The roles are similar on the surface, but Personal Shopper is virtually a one-woman show. Stewart communicates with her boss mostly by phone. She speaks to her long-distance boyfriend via Skype. She is, after all, a woman trying to communicate with a dead man. It’s the most solitary of pursuits.

Stewart is both laid back and ablaze here. She’s an actress who’s always a little behind the beat: Her smile often comes on slowly. Her eyes can be as alert as a tiger’s, but more often they seem to assay the world with the cool, lazy blink of a lizard. And she moves with the grace of a boy who both plays baseball and takes ballet. At one point in Personal Shopper, in an act of sultry defiance, she secretly tries on one of her boss’s costly dresses, trussing her tomboy-flapper figure in a faux-bondagey harness that’s later draped with a floating layer of black chiffon. Soft and strong, she’s garçon and femme, boy and woman, at once. You wouldn’t call her gamine—that’s too cute, too in-between, and Stewart is definitive. She knows exactly who she is: Her allure is that she keeps us guessing. 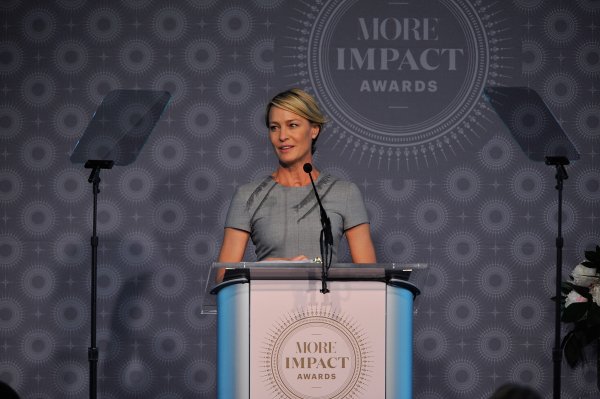