George R.R. Martin Explains Why He Kills Off Your Favorite Game of Thrones Characters

A still image of Kit Harington as Jon Snow on Game of Thrones.
HBO
By Megan McCluskey

Warning: This post contains spoilers from the Game of Thrones TV show.

After five seasons of heart-wrenching moments such as Ned Stark’s beheading, the Red Wedding and Prince Oberyn’s skull-crushing, it would seem like Game of Thrones fans would have learned not to get too attached to any of the show’s characters. However, when Jon Snow was stabbed to death by his Night’s Watch brothers in the closing moments of the season five finale, many viewers were still left in shock.

As everyone who is caught up on the HBO drama knows, Jon has since been brought back to life by the Lady Melisandre. However, that doesn’t mean there won’t be more fan-favorite deaths in the future.

In an interview with science fiction magazine Galaxy’s Edge, George R.R. Martin — the author of A Song of Ice and Fire, the book series on which Thrones is based — explained why he has chosen to kill off several of his main characters. “I think a writer, even a fantasy writer, has an obligation to tell the truth and the truth is, as we say in Game of Thrones, all men must die,” he said. “You can’t write about war and violence without having death. If you want to be honest it should affect your main characters. We’ve all read this story a million times when a bunch of heroes set out on adventure and it’s the hero and his best friend and his girlfriend and they go through amazing hair-raising adventures and none of them die. The only ones who die are extras. That’s such a cheat. It doesn’t happen that way. They go into battle and their best friend dies or they get horribly wounded. They lose their leg or death comes at them unexpectedly.”

Read More: Here Are The 74 People Who’ve Died on Game of Thrones

He went on to speak about his philosophy on realistic writing. “Once you’ve accepted that you have to include death then you should be honest about death and indicate it can strike down anybody at any time,” Martin said. “You don’t get to live forever just because you are a cute kid or the hero’s best friend or the hero. Sometimes the hero dies, at least in my books. I love all my characters so it’s always hard to kill them but I know it has to be done. I tend to think I don’t kill them. The other characters kill ‘em. I shift off all blame from myself.” 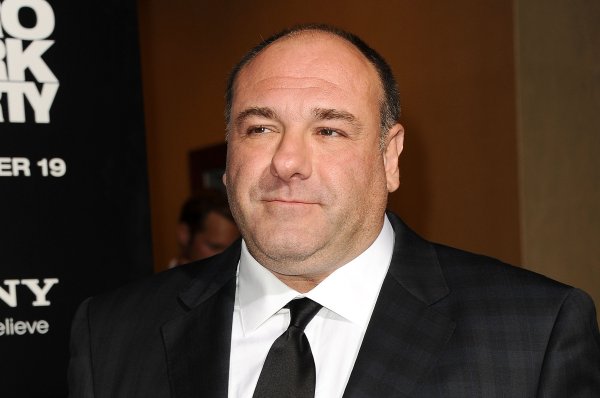 James Gandolfini's Rolex Stolen by Paramedic As He Was Rushed to the Hospital: Authorities
Next Up: Editor's Pick