The World's Tiniest Porpoise Is on the Brink of Extinction

With only 60 left in the wild, the world’s most endangered marine animal, known as the vaquita, is on the brink of extinction.

According to a May 13 statement by a panel of scientists, the International Committee for the Recovery of the Vaquita (CIRVA), the population levels of Earth’s smallest porpoise in the Gulf of California have dropped by 92% since 1997. If conservation efforts are not stepped up, the vaquita will be wiped out by 2022.

Mexico's General Director of World Wide Fund for Nature (WWF) Omar Vidal speaks during a press conference next to the image of a "vaquita marina" (Phocoena sinus) on a screen, in Mexico City on May 16, 2016.
Yuri Cortez—AFP/Getty Images

Their deaths are largely caused by illegal fishing of the endangered totoaba—a fish prized for its swim bladders that can sell for thousands per kilogram in China. The 5-ft.-long vaquitas become entangled in gillnets set for the totoaba and drown.

“We are watching this precious native species disappear before our eyes,” Lorenzo Rojas-Bracho, chair of CIRVA, said in the statement. Despite a temporary ban of gillnets in Mexico, three dead vaquitas were found in March. CIRVA is advocating for a permanent ban of the nets. “Our latest survey confirms the catastrophic decline before the emergency gillnet ban” said Rojas-Bracho. “This gillnet ban and strong enforcement must continue if we are to have any hope of saving the vaquita.” 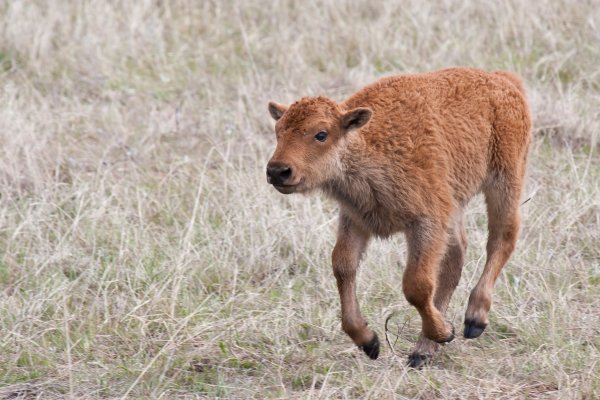 Baby Bison Euthanized After Yellowstone Tourists Loaded It Into Truck
Next Up: Editor's Pick