Defending a Free Press in a Digital Age

A recent poll of leading newspaper editors found that more than half agreed with the statement: “News organizations are no longer prepared to go to court to preserve First Amendment freedoms.” The explanation: news organization whose business models have been upended by the Internet have less money for litigation. It is troubling news, and points to larger concerns about protecting free expression in the digital age.

The First Amendment to the Constitution packs into a single sentence the most basic freedoms in this country: freedom of religion, of speech, of assembly and of the press. Though the amendment was ratified along with the rest of the Bill of Rights in 1791, the first Supreme Court ruling elaborating on its meaning is less than a century old, and the constitutional protections for speech and expression that we know today took shape only in the second half of the 20th century. They were shaped by court cases that made the First Amendment the gold standard for rights essential to open societies.

The protection and expansion of free expression that fueled the vitality of America coincided with the economic heyday of the nation’s great news organizations—thriving daily newspapers, national news magazines and broadcast network news divisions—which were willing to spend substantial amounts of time and money, as well as incur the risk of litigating groundbreaking press cases. While some of these companies are still willing and able to litigate First Amendment cases, the weakened economic state of 21st century news organizations means that many can no longer play their traditional role in shaping First Amendment law.

That role is needed more than ever. In the past several years, federal agencies have made it significantly more difficult to obtain public documents, while presidential candidate Donald Trump, for his part, has vowed to toughen libel laws if elected. Meanwhile on campus, the proliferation of policies intended to make more people feel safe to join community conversations can restrict speech rights and dampen debate.

The digital age is bringing a new set of issues. To name a few: Can police turn off cell phone transmissions the way they never could a printing press? Should citizens be considered journalists and their reporting protected by law? Can state legislatures decide that police body-cam footage is not public record? The surveillance age, for its part, has brought a raft of new privacy issues to resolve, and has chilled the willingness of confidential sources to speak with reporters.

Clearly, without sustained advocacy dedicated to defending uninhibited expression and a free press, we are at risk of experiencing a steady erosion of these bedrock freedoms. It is therefore a precarious moment for the First Amendment.

Universities and foundations exist to think broadly and over long time horizons about society’s vital interests, our institutions have joined together to establish the Knight First Amendment Institute at Columbia University. Though litigation, scholarship, and education, this new organization will be dedicated to advocating the principles embedded in the First Amendment. A $50 million endowment and support for annual operating funds from Knight and Columbia will sustain its independence.

We will be joining a group of brave colleagues who litigate free-expression cases, including the ACLU, the Electronic Frontier Foundation, several media companies, and law school clinics at Yale and elsewhere. Given the scale of the challenge to freedom of expression in the digital age, our family of First Amendment defenders needs to grow.

In a 1927 opinion, Justice Louis Brandeis wrote that the framers of the Constitution “knew that order cannot be secured merely through fear of punishment for its infraction; that it is hazardous to discourage thought, hope and imagination; that fear breeds repression; that repression breeds hate; that hate menaces stable government; that the path of safety lies in the opportunity to discuss freely supposed grievances and proposed remedies, and that the fitting remedy for evil counsels is good ones…. Recognizing the occasional tyrannies of governing majorities, they amended the Constitution so that free speech and assembly should be guaranteed.”

The temptation to tamper with the Constitution’s guarantees in this area is ever-present, for all the reasons Brandeis gave. The First Amendment needs constant minding in order that its full meaning be preserved. We are proud to be joining this effort. 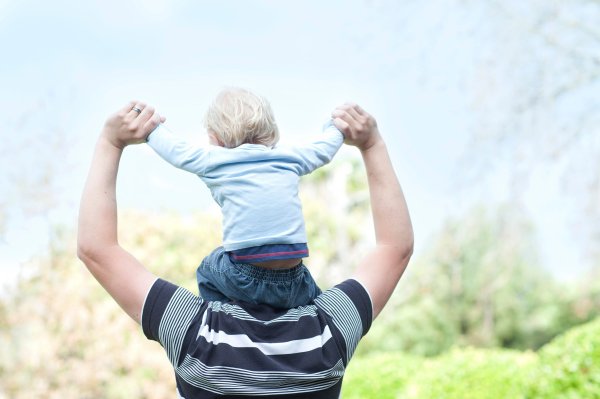 Dads Are Stepping Up in the Fight for Caregiver Rights
Next Up: Editor's Pick