Genetically engineered crops pose no additional risks to humans and the environment when compared to conventional crops, according to a new report.

The research, published by the National Academies of Sciences, Engineering and Medicine, is the result of a sweeping review of nearly 900 publications on the effects of genetically modified crops on human health and the environment. Genetic engineering has helped agricultural producers in the U.S., including small farmers thrive, according to the report.

But genetic modification is not all good news, the report suggests. Widespread use of genetically modified crops, which are often engineered to resist the effects of pesticides, has contributed to concerning levels of pesticide resistance in weeds and insects. Pests improve in their ability to resist pesticides every time the chemicals are sprayed, creating a vicious cycle of increased spraying and more resistance.

Read More: Activists Are Restricting a Major Pesticide By Forcing Users to Actually Follow the Label

“There have been claims that [genetically engineered] crops have had adverse effects on human health,” the report says. “Sweeping statements about crops are problematic because issues related to them are multidimensional.”

Researchers behind the report called for a process that evaluates potential health and environmental concerns about new type of crops regardless of whether they are genetically engineered.

The report comes as public health and environmental advocates continue to push for mandatory labeling of genetically modified food. The results of the National Academy report suggest that such measures may not be necessary. Report committee member Michael Rodemeyer said at a press conference that without evidence of health effects from GMO crops, the Food and Drug Administration does not even have the authority to mandate such labels.

But the report is unlikely to stop calls for labeling that have already succeeded in some states, such as Vermont, and led some food manufacturers like Whole Foods to promise to curtail their use of genetically modified ingredients. Report authors acknowledged that their report would not—and should not—settle the debate over GMOs.

“We’re hoping that our report is not this big tome but something that starts a conversation,” North Carolina State University professor Fred Gould, who chaired the committee behind the report. He also hoped the findings would help fuel an evidence-based discussion rather than a heated back and forth between. “It would nice not to have a debate, but maybe an eight-hour discussion,” Gould added. 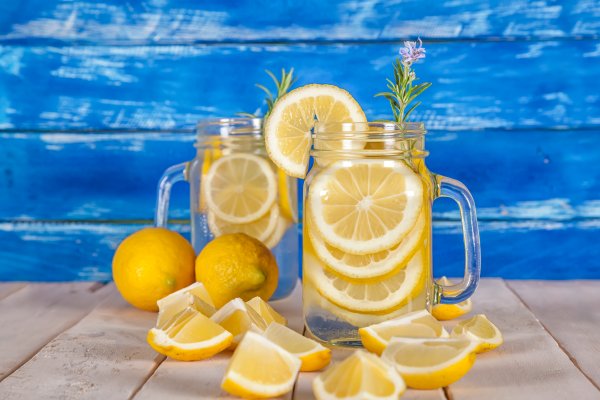 4 Little Ways to Help Your Body Detox
Next Up: Editor's Pick