After a weekend of lengthy security lines, Chicago’s O’Hare International Airport advised travelers on Tuesday to arrive at the airport three hours ahead of their flights due to TSA wait times that have been longer than usual.

Both O’Hare and Midway International Airport in Chicago have had trouble hiring and retaining Transportation Security Administration employees, which has contributed to the long checkpoint lines, Crain’s Chicago Business reported on Monday.

Between February and May 8, more than 3,800 American Airlines passengers leaving from O’Hare missed their flights due to long security lines, Crain’s reported, citing Leslie Scott, a spokeswoman in Chicago for American Airlines. The airline rolled out cots at O’Hare on Sunday after about 450 passengers missed evening flights because of long TSA lines, USA Today reported.

The problem, which has been building ahead of a busy summer season of travel, has also extended to other airports across the country. The TSA recommended last week that passengers flying out of Newark Liberty International, John F. Kennedy International and LaGuardia airports in New Jersey and New York arrive at least two hours before their flights, recommending three hours for international flights. The TSA attributed the longer security checkpoint lines to an increased number of travelers, more robust security screenings and a decrease in the number of TSA officers in the past several years. 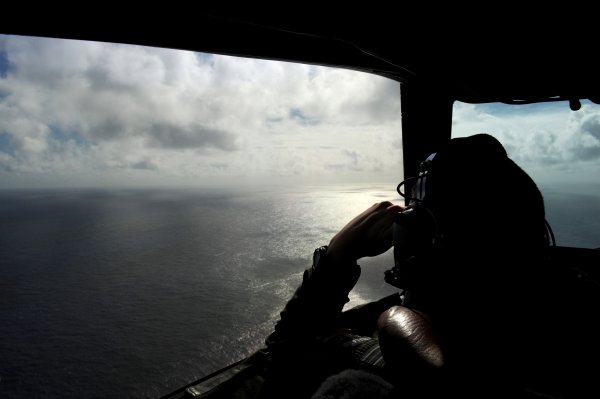 Chances of Finding MH370 'Decreasing'
Next Up: Editor's Pick