Iran Arrests Models for Not Wearing Headscarves in Instagram Pictures

Iran launched a crackdown on social media by arresting eight female models for publishing photos without headscarves on the picture-sharing application Instagram, followed by detaining the female manager of a popular blogging tool.

Among the eight models arrested, reports New York Times, was Elham Arab, 26, who was questioned by two prosecutors on live television on Sunday. Mehdi Abutorabi, who runs Persian Blog, a publishing tool, was also arrested.

During her television questioning, Arab warned young women to think again before posting online images of themselves, and of her “bitter experiences” in the modeling industry, which is technically illegal in Iran. “You can be certain that no man would want to marry a model whose fame has come by losing her honor,” she said reports the Times.

The latest spate of arrests, largely led by the hard-line dominated judiciary and security forces, runs against the policies of the moderate President Hassan Rouhani. According to Reuters, Iran’s Supreme Leader Ayatollah Ali Khamenei said on May 15 that the Internet was advertising un-Islamic thoughts and should be quickly dealt with. 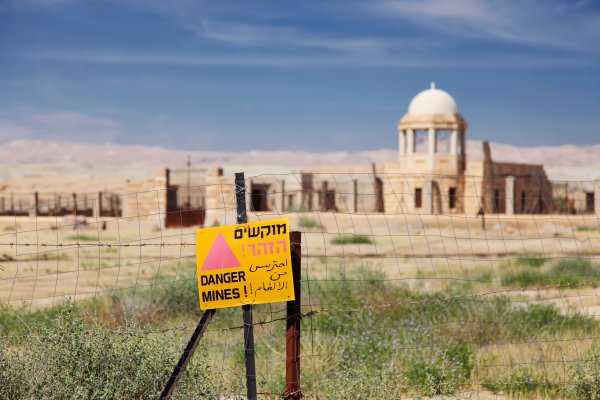 Israel, Palestinians Allow Mine Clearance at Site of the Baptism of Jesus
Next Up: Editor's Pick