What Happened When a Non-Politician Won the White House

US president Herbert Hoover waves his hat in recognition of the crowds surrounding his car in a parade, San Francisco, Aug. 26, 1928
American Stock Archive / Getty Images
By Charles Rappleye

In this electoral season even more than ever, it appears the first qualification voters seek in a politician is that they not be politicians.

Donald Trump can certainly claim that mantle. Even Hillary Clinton, twice elected to the Senate, feigned chagrin during a debate in March to admit that she is “not a natural politician.” She implies that she would rather be able to claim better political skills, but that she will have to live with her deficiencies in guile, deflection and the rest of the politician’s dark arts.

These candidates are responding to a public that has made clear its disgust with what’s popularly derided as “politics as usual.” But it’s not a new instinct, and before making any fateful decisions voters may want to consider what it means to actually send a political neophyte to the White House.

That’s just what happened in 1928. At the crest of the Roaring Twenties, when popular culture was awash in fads and bathtub gin, voters believed they had found the genuine article, a candidate who had never stooped to serve, who had scored achievements in the “real” world and whose character and record in public life promised a sound and sober administration. That candidate was Herbert Hoover, and his one-term presidency should remind us all to be careful what we wish for.

Hoover was all he was cracked up to be—a policy wonk and a tireless worker—but also a terrible politician. A consummate administrator, he was better placed as Secretary of Commerce, the office he held for seven years under Calvin Coolidge, where his love of policy innovation got free reign and his fear of crowds went unnoticed. On the campaign trail, his aloofness and stoicism had been his strengths, proving him to be a true anti-politician. But once he took office, his aversion to politics and his inexperience became his greatest weakness.

Aside from the bad luck to be elected on the verge of an historic economic crisis, his administration was in trouble even before the Great Depression set in. His skin was too thin, his resentments too heartfelt, his frustrations too stifling. Henry Stimson, Hoover’s Secretary of State, learned to fear the president’s moods. “I am afraid that he is in the situation of a man who does not like to fight,” Stimson mused at one point, “and once he gets started to fighting, he fights foolishly.”

Hoover’s greatest failures were rooted in his own character and his principal mistake was to run for elective office in the first place. Hoover was hamstrung in the rough-and-tumble of workaday Washington. Growing up as a penniless orphan, left to make his own way in the world, Hoover found success in business and government, but never lost his feelings of loneliness and isolation. When the crisis came, Hoover indulged in anger and self-pity and could not muster the fortitude and outward optimism to rally a fearful populace.

What may have been Hoover’s greatest failing in office came early in his term, in his first wrangling with Congress over tariff schedules. Hoover was a moderate protectionist, and sought new tariffs to protect American agriculture, which was getting hammered by global price declines. In Congress, however, tariff revision quickly devolved into a feeding frenzy, with thousands of manufacturers seeking special favors. The result was the Smoot-Hawley tariff, a measure that did not cause the Depression but which dampened trade and raised hackles abroad. By the end of his first year in office Hoover’s political foes were gloating over a president “who could not, or would not, lead his party.”

MORE: See Herbert Hoover on the cover of TIME in 1939

It was no secret that Hoover was sinking in office, rather than swimming, but Hoover felt unable to respond, other than to double down on toil. As to public exercise of leadership, Hoover wasn’t willing even to try. “You can’t make a Teddy Roosevelt out of me,” he insisted.

Fine for the president, if that was his determination, but not so for his backers. They recognized early on that Hoover’s troubles in office would demolish the thesis that having a non-politician in office was the antidote to politics-as-usual. “Your triumph is essential to putting in a minor place selfish politicians and unscrupulous partisans,” a Republican newspaper editor wrote privately to the president. “I mean that unless you do succeed in a measurable way, the politicians, perhaps for generations to come, will have the excuse that we need a politician rather than an accomplished man of affairs in the presidential office.”

That prognostication was borne out in the next election, when Americans elected a true political master in Franklin Delano Roosevelt. Justice Oliver Wendell Holmes distinguished the difference between expertise and leadership when he remarked of Roosevelt, “He has a second-class intellect, but a first-class temperament.” Responding to a personality that seemed attuned to their yearnings, voters forgot about their revulsion for politics and elected FDR three more times.

Today the political landscape has shifted and voters again appear determined to reject the political class. But before the moment of decision they might do well to pause and consider: how do such candidates really differ from the standard-issue, sweet-talking politician? Other than time in elected office, what do they lack?

Perhaps the clearest legacy from Hoover’s presidency is cautionary. Now, as in Hoover’s time, voters are skeptical of the political arts as practiced by veteran officeholders. They regard the subtleties of compromise and conciliation as simple pandering, and obstinacy as ideological purity. But as Americans found after Hoover’s landslide election, the cool remote demeanor of the organizational administrator is just the opposite of the warmth, confidence, optimism and open nature that can rally a nation in time of need.

Charles Rappleye is the author of the new book Herbert Hoover in the White House: The Ordeal of the Presidency, available now. 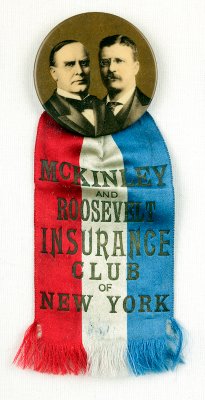 The Long Story Behind Presidential Campaign Buttons and Pins
Next Up: Editor's Pick