In this image from the BBC the special envoy for the United Nations refugee agency Angelina Jolie, in New Broadcasting House, London, May 16, 2016.
Jeff Overs—AP
By Char Adams / People

Angelina Jolie Pitt is calling for the world to band together to solve the global refugee crisis – while slamming Donald Trump‘s anti-Muslim rhetoric.

Jolie Pitt spoke in London on Monday as part of BBC’s World on the Move day, continuing her humanitarian efforts to help the growing number of refugees. And the 40-year-old actress shook her head in disapproval when asked for her thoughts on the presidential hopeful’s past comments about Muslims.

“To me, America is built on people from around the world coming together for freedoms, especially freedom of religion,” she said, according to CNN. “So it’s hard to hear this is coming from someone who is pressing to be an American president.”

Last year, Trump called for a “total and complete shutdown of Muslims entering the United States” as thousands of Syrian refugees fled their war-torn homeland – with President Barack Obama vowing to welcome thousands into the U.S.

Jolie Pitt spoke in front of a crowd at the BBC event, a special focusing on migration, and urged world leaders to work together to respond to the growing number of refugees.

The actress, a Special Envoy for the U.N. Refugee Agency, declared that isolation is not the answer to solving the growing global refugee crisis.

“If your neighbor’s house is on fire, you are not safe if you lock your doors,” she said. “Strength lies in being unafraid.”

She urged world leaders to welcome refugees and described a present “fear of uncontrolled migration.”

However, she said, such a fear would pose a “risk of a race to the bottom, with countries competing to be the toughest, in the hope of protecting themselves whatever the cost or challenge to their neighbors, and despite their international responsibilities.”

The Oscar winning actress-filmmaker said that the “average time a person will be displaced is now nearly 20 years,” adding that the U.N.’s efforts are severely underfunded.

Still, the mom of six urged for greater efforts from world leaders and warned against policies that would prohibit refugees from legally securing permanent homes, noting that they would only lead to more issues.

“It would amount to the worst of both worlds: failing to tackle the issue and undermining international law and our values in the process,” she said.

Jolie Pitt often uses her platform to both speak out about the global refugee crisis and personally lend a hand to those displaced. In March, she visited Greece and Lebanon to aide the thousands of Syrian refugees who have lost their homes.

She previously told PEOPLE that the cause is one close to her heart, and she especially holds refugee families in “high regard.” 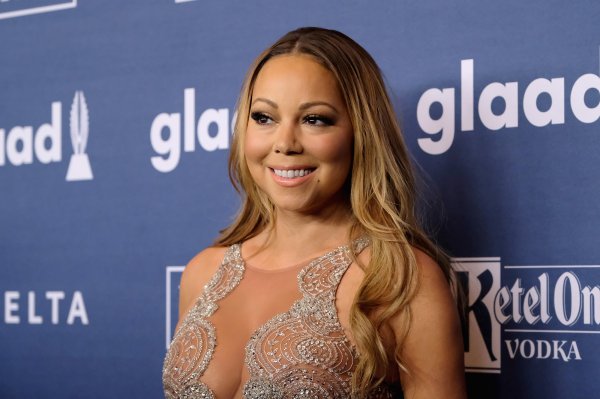 The Trailer for Mariah Carey's Reality TV Show Is Here — and It's Just as Fabulously Ridiculous as You Thought It Would Be
Next Up: Editor's Pick