Should Your Doctor Ask If You Own Guns?

Doctors routinely ask if you smoke, and counsel you to wear your seat belt when you’re in a car. Technically, either behavior isn’t any of their business, but they do fall under the umbrella of preventive care.

Now Dr. Garen Wintemute, director of the violence prevention research program at the University of California Davis, and his colleagues want to add firearms to the office visit for similar reasons. In 2014, nearly 33,600 people in the US died of gunshot wounds, and 40% of Americans worry about being a victim of gun-related violence. In an article published in the Annals of Internal Medicine, Wintemute hopes to clear both misconceptions and discomfort that some doctors may have about addressing guns with their patients.

First, he says that no federal or state laws prevent doctors from asking their patients about whether they have guns in the home. That’s because the presence of guns is relevant to the health of the patient as well as others in the home. Even in Florida, where a recent case led the state to declare that doctors should “refrain” from asking patients about firearms and should not enter gun-related information into the patient’s record, broad exceptions essentially mean that if it relates to the patient’s health and safety, physicians can do so.

For most doctors, however, figuring out when firearm issues are relevant to their patients’ health might be a challenge. While physicians largely agree that discussing guns and violence falls under their purview in keeping their patients healthy (since they’re the ones that will be caring for them if they become injured), most don’t feel qualified or comfortable doing so. How far do they push their patients about the harms of having guns in the home?

Wintemute and his team lay out some guidelines for some higher risk groups of people with whom doctors might want to start. Most obviously, asking about guns is important when the patient has a history of violence or is talking about doing harm to himself or others. Drug abuse, and being hospitalized after being a victim of violence are also potential risk factors for future violent behavior. Finally, serious mental illness, including dementia, can also put people at risk of harm if guns are around.

Less black and white are some of the demographic characteristics that the authors also include, such as middle-aged white males and young African-American males. Both groups are at higher risk statistically for gun-related injuries, whether by homicide or suicide (middle-aged white men are, for example, at five times higher risk of suicide than black men of the same age). Children and teens also fall into this category, for slightly different reasons — with them, they may not be developmentally or emotionally mature enough to consider the consequences of handling a gun.

As an emergency room physician, Wintemute says that “I don’t ask [questions about guns} of everybody; I don’t want to waste their time. But if I sense mental distress of any kind, I will pursue that. And I get a sense of some risk factors, I will talk about the risk factors and fold in firearms into those questions.” The key, he says, is for physicians to use some judgment and view firearms as similar to cigarettes — a potential risk factor that could put their patients’ health at risk. “I don’t do routine screening [and ask everyone about guns] but I’m doing case finding. Depending on the patient’s history and answers to my questions, I will either have more questions to ask and more to work out, or not.”

For people with alcohol or drug abuse problems, for example, he asks about how the drugs or alcohol make them feel, and if the patients respond that they get more irritated and angry and want to lash out, then he will start asking about whether they have ever been violent and whether there are guns in their home.

It’s all about providing people with information, just as doctors educate people about the risks of smoking and driving without seatbelts. Around a dozen studies show that households with guns have higher rates of both suicide and homicide, and that people who purchase guns also increase their risk of violent death, beginning the week they buy their firearm.

That’s a position that the American Medical Association supports as well. Studies show that people whose doctors counseled them about safe gun storage were more likely to adopt these practices, and the AMA supports physicians helping their patients to prevent injury and death, including from firearms.

“Just as with any other health behavior, no one expects that this will work all the time or even most of the time,” Wintemute says of introducing guns into the office visit when necessary. “But it’s going to work some of the time, and it’s going to be part of a continuing conversation we need to have about the net benefit or risk of exposure to firearms. We don’t know nearly enough about how best to deliver this information to patients to maximize its effectiveness. But the fact that we don’t know everything now is not a reason not to start now. We need to start now, and reserve the right to get smarter.” 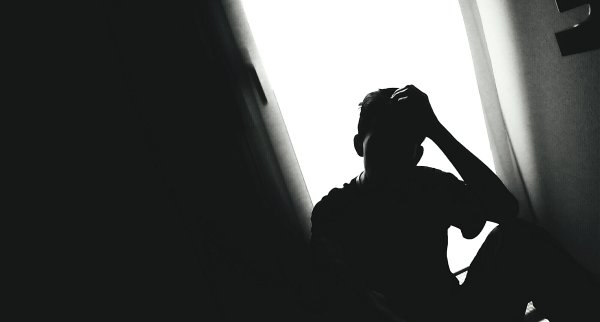 Doctor-Assisted Suicide Cannot Be an Answer for Trauma Victims
Next Up: Editor's Pick