On Friday, President Barack Obama will become the first sitting president to visit Hiroshima since the 1945 bombing. TIME spoke with John Roos, a former U.S. ambassador to Japan, about the significance of the visit.

What do you think about President Obama’s decision to visit Hiroshima?

It’s historic in many respects. I was very, very pleased to see the president’s announcement. As you probably know, at the very beginning of the president’s administration, in his first term, he said he’d be honored to go to Hiroshima, and there’s been a lot of speculation about it over the last several years. So the fact that he’s able to do it before the end of his presidency is very significant and positive.

What makes it so significant?

A number of things. First of all, the president has always shown a real respect for history—learning from history and looking forward at the same time. And I think that his going to Hiroshima allows him to accomplish just that. There are a lot of complex, difficult historic issues in that area of the region, and I think he can draw upon that to look forward—to acknowledge the past but look forward.

Second of all, from the president’s agenda, this addresses the elimination of nuclear weapons. He gave the speech in Prague. This has been something he’s felt to his core for many years. The fact that Japan is the only country to have ever experienced the impact of an atomic bomb, and the United States is only country to have dropped one gives us a very special place, both our countries, in that debate. From a symbolic point of view, his visit to Hiroshima is a wonderful forum for advancing the cause and the principle of the elimination nuclear weapons

As former U.S. ambassador to Japan, I saw the depth and breadth of the relations between our two countries over the four years I was there. But I also, from my own personal visit to Hiroshima, saw the positive impact that it had on the relationship and how important my visit was to the people of Japan. Obviously the president’s visit is multiple times more important as he is building off of Secretary Kerry’s visit to Hiroshima. From the perspective of deepening the relationship between our two countries—Japan is our most important ally in the Asia-Pacific region—it will have a major effect.

Do you think President Obama should apologize?

The president has already announced that he’d not going with the intent of apologizing. To tell you the truth, the Japanese people aren’t looking for an apology. When I went, in 2010, to the commemoration ceremony, that question was raised: would it be perceived as an apology? And the answer then and now is “no.”

I realize that some people might perceive it as such. I think the president is going to not only show respect for victims of Hiroshima but for all the victims of World War II. That’s his stated goal, and I think that it will definitely be viewed upon in that way.

What would you like to see happen during his visit?

The president is someone who has the way of articulating and striking the right tone and the right words in this type of sensitive situation. So I wouldn’t presume to tell him what words he should utter at that time, but I know, and the White House has announced, that he will be looking toward the future. I think that his words will articulate the destructiveness of war.

As Secretary Kerry said when he visited, it’s a symbol of how countries need to work together to avoid war. And that war should be the last resort.

How do you strike the balance between showing respect to history and looking forward?

It is a balance. But it can be done. It’s your presence; it’s your words. You can’t deny history. You need to acknowledge history and learn from history but look forward. I think that’s what the president is going to do.

To this day, people still thank me for going to Hiroshima. It has such deep meaning to the Japanese people. When I went there, there was concern—what would the reaction of the survivors be to a representative of the U.S. being there? And I remember as I was walking out of the ceremony, as a representative for the American people, they applauded with tears in their eyes. That to me was one of the most moving moments. The ceremony was obviously very powerful and moving. But seeing the survivors there, and how they could look toward the future, was quite something. 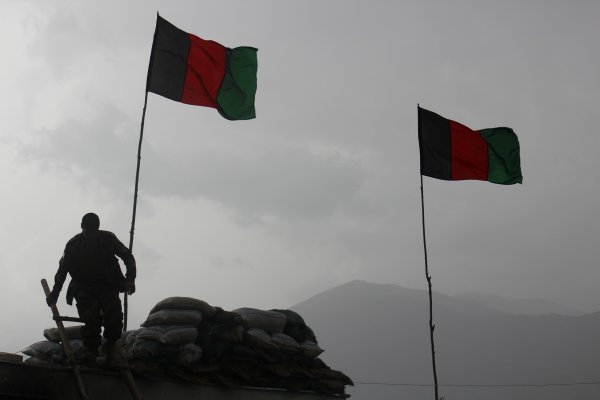 Lt. Col. Daniel Davis: The U.S. Has Failed 'Spectacularly' in Afghanistan
Next Up: Editor's Pick