Baby Bison Euthanized After Yellowstone Tourists Loaded It Into Truck

Yellowstone National Park officials were forced to euthanize a baby bison after a pair of tourists loaded it into the trunk of their truck over fears it was too cold.

The newborn calf was rejected by its mother after the May 9 incident, because of “interference by people,” the park said in a statement Monday.

“Park rangers tried repeatedly to reunite the newborn bison calf with the herd. These efforts failed,” officials said. “The bison calf was later euthanized because it was abandoned and causing a dangerous situation by continually approaching people and cars along the roadway.”

Despite a relatively moderate low of 39 degrees Fahrenheit, the father and son decided the baby bison looked cold, hauled it into their Toyota Sequoia, and drove it to a nearby ranger station, according to the Washington Post. The pair demanded the rangers help the animal, according to the East Idaho News.

Park officials said the two were cited for the incident, but did not provide details about the penalty. 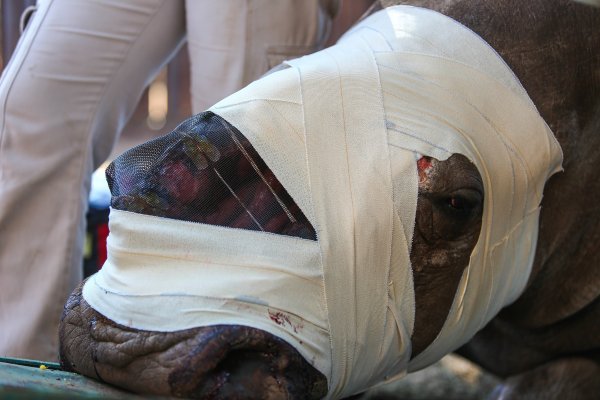