Dads Are Stepping Up in the Fight for Caregiver Rights

Ideas
By Josh Levs
Josh Levs is the author of All in: How Our Work-First Culture Fails Dads, Families, and Businesses–And How We Can Fix It Together.

Across the country, dads are joining the fight against sexist policies and stigmas. More and more are taking legal action to ensure they have equal opportunity to care for their families and do their jobs.

New figures prove it. In the last decade, the number of legal cases filed over paternity leave has more than quadrupled. Male employees now file 28% of childcare cases, according to a report from the Center for WorkLife Law. Paternity leave cases “are usually based on denial or discouragement of leave, retaliation for having taken leave, or unequal lengths of leave for men and women,” the report says.

And it isn’t just fatherhood that’s changing the role of men in this legal landscape. Men file 39% of eldercare cases and 55% of spousal care cases. (Men don’t do this much of the overall family care in the U.S., but those who do are more likely to be employed.)

The emergence of men as caregivers is one of the main reasons legal cases alleging family responsibilities discrimination jumped a whopping 269% over the previous decade, the report found. Since the center just examined a sampling of cases, its findings are likely “only the tip of the iceberg,” the report says.

Paternity leave cases are still small overall, the report says. Of 4,400 family responsibility discrimination cases the center examined, only 81 involved paternity leave. But that number has risen over the past 10 years, the report finds.

One of the cases studied was my Equal Employment Opportunity Commission charge against CNN/Time Warner. Within months of my filing it, the Center for WorkLife Law began getting calls from men who were in a similar situation to mine, the center’s founding director said. My case was ultimately settled. Now, according to the center’s new report, 25% of calls to the hotline come from men.

The stories of male caregivers facing discrimination in the workplace are heartbreaking. Men get demoted, lose job opportunities and in some cases get fired for breaking from an anachronistic “macho” norm.

One dad described in the center’s new report worked for a company for 18 years and had positive performance reviews. Then his wife had surgery for a brain tumor, so he needed to pick his daughter up from school on certain days. It meant missing about 25 minutes of the workday, which he worked out with his boss. When his wife was hospitalized again and the employer incurred high medical bills, the employee alleged that he was fired under false pretenses and his medical insurance was canceled.

Sometimes, employers don’t even try to mask their prejudice against male caregivers. The center’s report cites one man who asked about a transfer within his company and says he was informed the position was “specifically designed for single males without children.” Another was turned down for a promotion, and says the reason given was that he had a child.

Sex discrimination is illegal under Title VII of the Civil Rights Act of 1964. It’s also illegal for a business to punish an employee for using unpaid leave under the Family and Medical Leave Act (FMLA). And around the country, some cities are passing laws specifically banning family responsibilities discrimination. These laws make it easier to sue a company by allowing a plaintiff to skip the hurdle of proving sex discrimination or FMLA discrimination.

Businesses have an incentive to take this report seriously—and to take action. It’s crucial to ensure, for example, that caregiving time is given equally to men and women. Physical recovery time for a woman after a birth should be clearly separated from caregiving time that is provided to both men and women. And it’s essential to build workplace cultures in which men feel free to actually take the opportunities—such as workplace flexibility—that are offered to both men and women on paper.

The great news is that embracing this new reality can be good for business. Programs and workplace cultures that allow all employees to have lives outside of work are proven to attract and retain the best workers, saving businesses lots of money in hiring replacements. They help build stronger a stronger economy and a stronger society.

Businesses that stay stuck in the past, enforcing rigid gender norms out of the Mad Men era, won’t last. They’ll end up on the wrong side of history—and, as this report shows, they just might end up on the losing side of a legal battle. 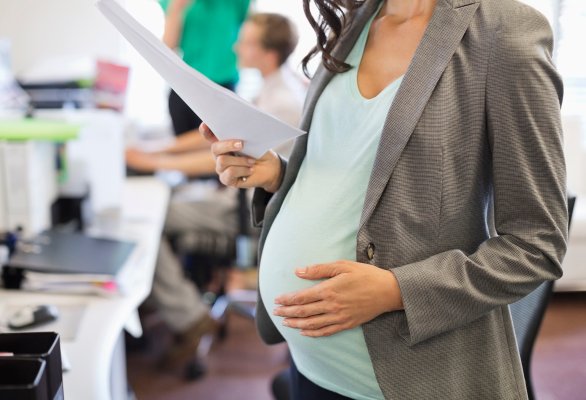 Caregiver Discrimination Lawsuits Increased 269% in the Last Decade
Next Up: Editor's Pick