Everyone saw Daenerys Targaryen emerging from the burning temple of the dosh khaleen unscathed, demonstrating to everyone present why she is referred to as, “the Unburnt” during final scene of the fourth episode of Game of Thrones‘ sixth season.

It was the second time viewers have seen the Mother of Dragons walk naked out of a raging fire — with the first, of course, being after she hatched said dragons in the closing moments of the season one finale. “The end of episode 6.04 is definitely meant consciously to echo the end of episode 1.10. It’s Dany stepping out of a flame to great effect. This time it was just on a much much larger scale,” showrunner D.B. Weiss said in HBO’s post-episode interview. “The act of stepping out of that burning temple in which all the Dothraki power structure had just perished pretty much makes her the queen of the Dothraki in one fell swoop.”

However, this sequence contradicts some of the mythology that has been set down in the Song of Ice and Fire series by George R.R. Martin. The author has dismissed the idea that Daenerys cannot be harmed by fire in the past. “TARGARYENS ARE NOT IMMUNE TO FIRE!,” he said during a discussion with fans. ‘The birth of Dany’s dragons was unique, magical, wonderous, a miracle. She is called The Unburnt because she walked into the flames and lived. But her brother sure as hell wasn’t immune to that molten gold.”

Read More: Emilia Clarke on That Game of Thrones Nude Scene: ‘That Ain’t No Body Double!’

So, this could mean one of two things. Either G.o.T. is purposely diverging from the rules of the ASOIAF universe for some yet unknown reason or — since Dany’s show storyline is farther along than it is in the books — the scene will play out the same way with Martin providing further detail about the Khaleesi’s fiery powers. 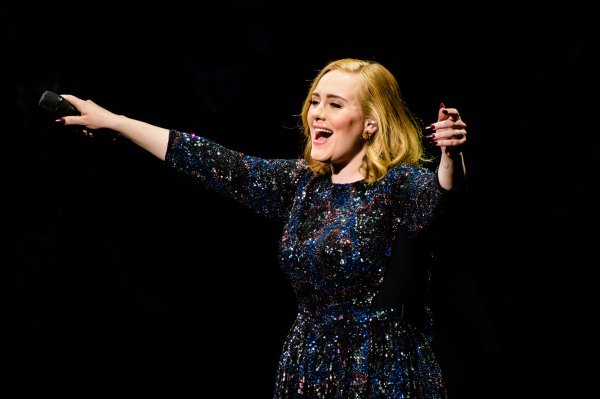 Get Ready for Adele’s Video for 'Send My Love (To Your New Lover)'
Next Up: Editor's Pick