The Commander in Chief did not specifically name the presumptive Republican nominee while speaking before the graduating class, but he did mention many of the mogul’s controversial ideas, including temporarily banning Muslims from entering the U.S. and building a wall between the U.S. and Mexico.

“Isolating or disparaging Muslims, suggesting they should be treated differently when entering this country — that is not just a betrayal of our values, that’s not just a betrayal of who we are, it would alienate the very communities at home and abroad that are our most important partners in the fight against violent extremism,” he added.

The President also spoke about the important qualities that the more than 17,000 graduates before him should look for in policymakers, including “facts, evidence, reason, logic.” He noted the dangers of keeping the U.S. isolated from the rest of the globe. “The world is more interconnected than ever before and it’s becoming more connected every day,” Obama added. “Building walls won’t change that.” 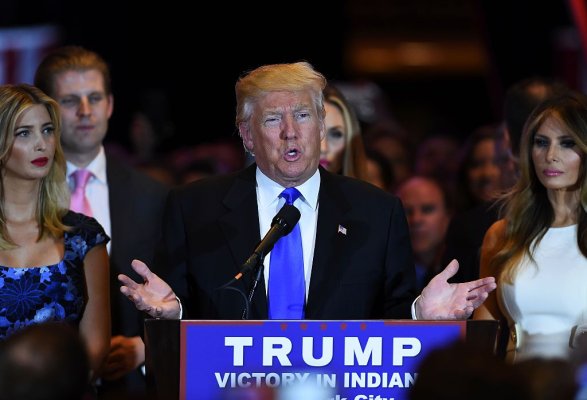 RNC Chair Says Donald Trump Will Have to ‘Answer for’ Reported Treatment of Women
Next Up: Editor's Pick