A pilot was killed in a plane crash Saturday after a stunt he was performing at an Atlanta airshow went wrong, officials said.

The pilot was identified by friends and family members as Greg Connell, who was from South Carolina, Fox News reports. He died shortly before 5 p.m. during the Good Neighbor Day Open House Airshow at DeKalb Peachtree Airport, DeKalb County officials told the news outlet.

He was the only one inside the aircraft, flying in tandem with another plane, when it crashed, according to the Associated Press. It’s unclear what caused the accident. The man flying the other plane at the time told WSB-TV that he had no idea what happened until after the performance.

“Greg flew underneath me and I had no idea Greg crashed like a second later. So I pulled off and the plan we had,” Gary Ward said. “I came back in the show for the next maneuver. We did individual maneuvers at that point, and I went ahead and did my next maneuver, not knowing that Greg had crashed.”

There were no other reported injuries. 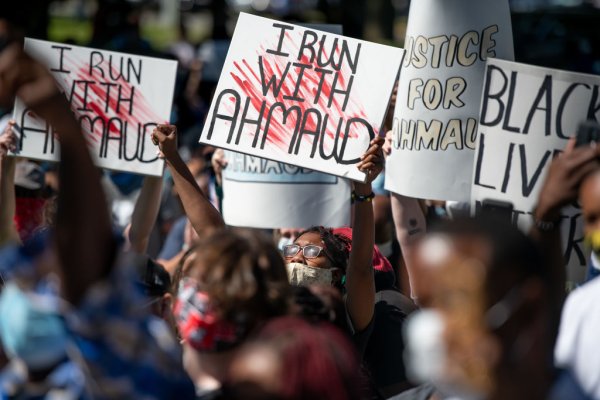