Pope Francis addresses a joint meeting of the U.S. Congress with with Vice President Joe Biden (L) and Speaker of the House John Boehner (R-OH) in the House Chamber of the U.S. Capitol in Washington, D.C., on Sept. 24, 2015.
Mark Wilson—Getty Images
Ideas
By Christopher J. Hale
Hale is a Democratic politician from Tennessee; he has been a Catholic nonprofit executive and helped lead faith outreach for President Barack Obama.

On Sunday, Christians around the world marked the end of the Easter season with the climatic feast of Pentecost. Scripture tells us that on this day, God sent the Holy Spirit down upon Jesus’s apostles to give them the gift of speaking and understanding many languages. Pope Francis says this is a feast of unity, where God binds up wounds, heals divisions and brings everyone together into one human family.

It was fitting that this feast coincided with the University of Notre Dame awarding Vice President Joseph Biden and former Speaker of the House John Boehner the school’s highest honor, the Laetare Medal, which is given to Catholics for their outstanding service to the Church and society. Notre Dame honored Biden and Boehner because they exemplify an alternative to the “acrimonious nature of today’s politics,” University President John Jenkins told me. Despite their different political agendas, they “remained friends, sought compromise and worked to create a more unified nation,” he said.

Biden and Boehner’s invitation to Notre Dame wasn’t without some controversy. Both have political positions that stand in profound contrast to the Church’s teachings, including Biden’s support for abortion rights and Boehner’s support for budget cuts for programs that serve the poor. Yet unlike the reaction to President Barack Obama’s 2009 address at the university, when 83 American bishops protested it because of president’s support for abortion rights, many leading Catholic bishops in the U.S. remained quiet on Notre Dame’s decision to honor Biden and Boehner, and some privately supported it.

I spoke to the two political leaders about how their faith inspires their work in politics.

President Barack Obama has called on Biden time and again to strike deals with Republican leaders on Capitol Hill. Last October, during the Rose Garden speech when he announced that he wouldn’t run for President, Biden warned his fellow Democrats against demonizing the Republicans.

Biden, the first Catholic vice president, told me that he credits his faith for helping instill in him this desire to collaborate with others.

“I believe that everything is personal and everyone—even those with whom we disagree—should be treated with dignity,” he said. “My faith has reinforced the teaching that you can always challenge another person’s judgment, but you can never moralize and challenge their motives.” When you do that, he said, “it becomes hard to establish the personal relationships that are required to arrive at a consensus in our society.”

Biden said Pope Francis has reminded him the need for government “to lead by the power of its example rather than the example of its power.”

During his nearly four-year tenure as House Speaker, Boehner tried several times to buck the Tea Party hardliners whose election helped make him Speaker, and to work with the President, most notably on deficit reduction and immigration reform. In July 2011, Boehner and Obama came close to reaching a “Grand Bargain” that would have cut nearly $4 trillion in the federal deficit only have to deal fall apart at the last minute.

Like Biden, Boehner says that his faith inspired him to go beyond partisanship to work for the common good. Boehner told me that’s one of the main reasons he decided to invite Pope Francis to address Congress last September. He said he sensed that the nation could “benefit profoundly from the experience of hearing directly from the Holy Father in the chamber that is the symbol of our democracy.”

“Catholicism and democracy share many bonds, and I think they were evident in the address Pope Francis delivered to the Joint Meeting,” he said. “It think was a unifying moment, not just for the institution, but, hopefully, too, for the nation.”

Biden and Boehner have been friends and colleagues since the early 1990s when both men were young lawmakers on the Hill.

Biden told me that Boehner is a man of “character, honor and integrity” who “has genuine insight into human nature, coupled with a great sense of humor and perfect timing – allowing him to ease tensions in difficult negotiations.” He added: “Although John and I disagreed on issues, the thing I admire most about John is that – even as Speaker of the House – he’s never forgotten the struggles and the everyday problems of the people who visited his father’s tap room and the neighborhood in which he was raised.”

“I don’t like John Boehner; I love him,” Biden said at the ceremony.

Boehner told me that Biden embodies someone who is willing to work beyond differences.

“In order for our democracy to function, it’s necessary to have people in government who understand it is possible to look for common ground without compromising on your principles,” he said. “Joe Biden is one of those people.”

At the ceremony, Boehner said that a loyal patriotism made it easier to work together: “Even as we’ve both disagreed, we’ve both always understood the need to keep looking for things we could agree on. Because, while I’m a Republican, and Joe’s a Democrat, the fact is that first, we’re both Americans.”

Civility and compromise are often mocked and misunderstood in modern political discourse. Ideologues try to suggest that it is somehow abandoning one’s values. But here’s the truth: compromise is a fundamentally American value. The nation’s Constitution itself is a document of concessions between competing people and interests.

“Lord, send us your Spirit and renew the face of the Earth.” This traditional Pentecost prayer is a call for unity and transformation. It’s a declaration that the forces that attempt to divide us don’t have the final say, and that in the ancient Biblical tradition, we can and we must “hope against hope” for a better and more united future.

It’s this spirit that gives good men like Biden and Boehner, despite their profound disagreements and admitted failings, the ability to cross the aisle and to work together and make a difference.

And it’s this spirit that gives people of faith everywhere our unique political vocation: to work with people of all political stripes, to listen and seek dialogue and cooperation among opponents, to bridge divides and to work together for the common good.

Only then can Pope Francis’s dream for American politics come true. 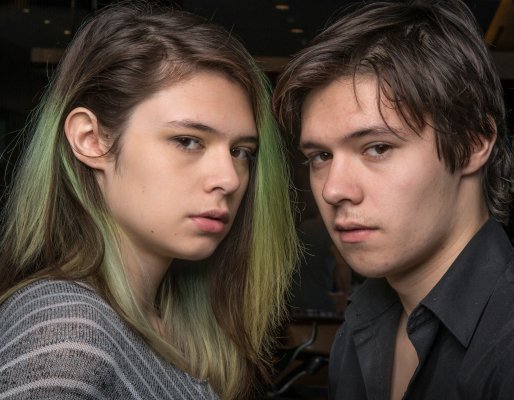 Transgender Teen: Bathroom Equality Is a Civil Rights Issue
Next Up: Editor's Pick