The Philippines Wants the U.N. to Step in On its Territorial Disputes with China

The Philippines has submitted a 4,000-page dossier to a U.N. tribunal calling for international arbitration with China over overlapping claims in the restive South China Sea.

On Sunday, Foreign Secretary Albert del Rosario said the country decided to reach out to the U.N. in order to protect “freedom of navigation for all nations” and preserve peace in the region.

“With firm conviction, the ultimate purpose of the Memorial is our national interest. It is about defending what is legitimately ours,” said Rosario in a statement released Sunday.

Chinese officials were quick to dismiss the Philippines’ move and reiterated their long held position of refraining from resolving territorial disputes through international channels.

“China has stated time and again that it does not accept the Philippines’ submission of disputes with China in the South China Sea for international arbitration,” said Foreign Ministry spokesperson Hong Lei in a statement posted online Sunday night.

The Philippines has been locked in an increasingly tense standoff with China over specific claims in the South China Sea.

On Saturday, a Philippines vessel managed to squeak past a Chinese ship in order to deliver supplies to a group of Filipino soldiers stationed on a shipwrecked craft on Second Thomas Shoal, 200 km off the coast of Palawan.

Earlier this month, Chinese vessels reportedly blocked two earlier attempts by Philippine ships to resupply the troops, according to the Philippine Daily Inquirer. 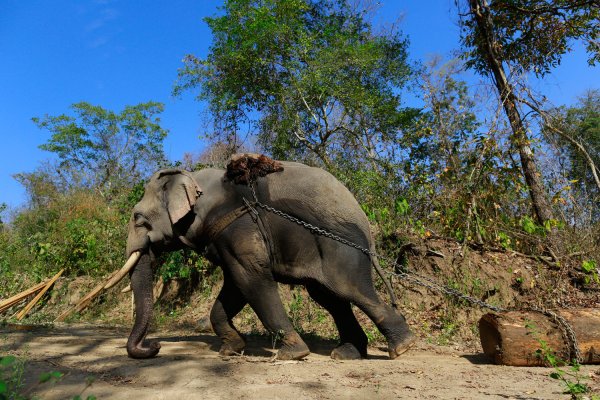 Burma's Logging Ban Is Great for Forests, but a Disaster for Its Working Elephants
Next Up: Editor's Pick