In an interview with NBC News on Friday, the son of a Pakistani immigrant bus driver said Trump’s “ignorant” views on Islam were “inadvertently playing into the hands of extremists” who prey on young Muslims.

“To suggest that it’s incompatible to be Western and to be Muslim is, I think, really, really risky,” Khan said during a visit to a London elementary school. 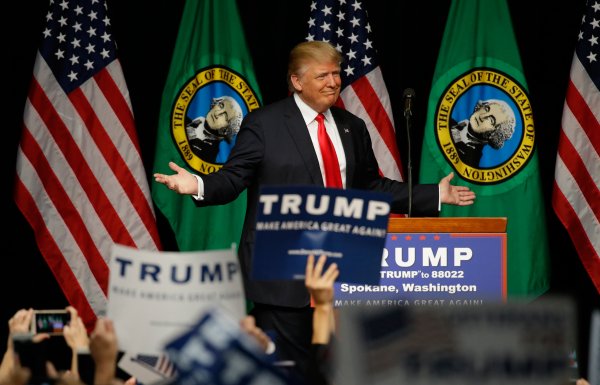 Donald Trump Says His Tax Rate Is 'None of Your Business'
Next Up: Editor's Pick