An 88-year-old Auschwitz survivor who traveled from his home in California to Germany was denied the opportunity to testify at a former Nazi SS guard’s trial Friday.

Joshua Kaufman, who lives in Los Angeles, had hoped to win permission to tell the court about how he removed bodies from gas chambers at the World War II death camp after victims had been killed with Zyklon B.

Reinhold Hanning, 94, is on trial accused of being accessory to the murder of at least 170,000 people. Although Hanning was not directly involved in any killings at Auschwitz, prosecutors accuse him of facilitating the slaughter… 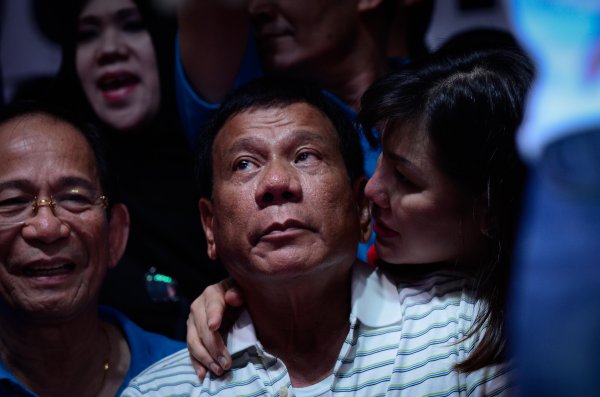 These 5 Facts Explain Rodrigo Duterte's Victory in the Philippines
Next Up: Editor's Pick