5 Things to Know About Didi Chuxing, the Uber Rival Apple Just Invested In

“We are making the investment for a number of strategic reasons, including a chance to learn more about certain segments of the China market,” Cook said in an interview with Reuters. “Of course, we believe it will deliver a strong return for our invested capital over time as well.”

The move also comes after billionaire investor Carl Icahn sold his position in Apple, largely due to the company’s lagging performance in the region. In its most recent earnings report, the Cupertino, Calif.-based company revealed its revenue in China fell by 26%. Reports have also pointed to Apple’s growing interest in transportation, with outlets such as The New York Times and The Wall Street Journal fueling anticipation that the company plans to build an autonomous electric vehicle.

While Didi Chuxing may be an unfamiliar name in the U.S., it’s Uber’s biggest competitor in China, with more than 300 million users across 400 cities. Here’s a closer look at some vital details about the company.

Didi Chuxing is larger than Uber in China

Uber is one of the world’s most valuable startups, but Didi Chuxing claims more than 87% of the private car-hailing market share in China, according to the company. Didi Chuxing also says it completes more than 11 million rides per day on its platform, while Uber CEO Travis Kalanick said in a private letter to investors nearly one year ago that his company was clocking just one million rides per day in China.

The Beijing-based service has also served more total rides than Uber. Didi Chuxing says it completed 1.43 billion total trips in 2015, while Uber announced in December that it had completed its billionth trip on New Year’s Eve.

Didi Chuxing is more than a private car service

While Didi Chuxing is often referred to as the “Uber of China,” it operates several different transportation services, including taxi hailing, a hitchhiker-like service appropriately named Hitch, and Wi-Fi-equipped buses for commuters.

Apple’s $1 billion investment is the largest single contribution Didi Chuxing has ever received. Still, the company has seen funding from large behemoths such as Alibaba, Tencent Holdings, China Investment Corp., and Capital International Private Investment Funds among others in the past. The company has raised a total of more than $4 billion in funding, according to data from CrunchBase, and Didi Chuxing President Jean Liu also recently told Bloomberg that the company is close to being profitable.

Didi Chuxing was formerly known as Didi Kuaidi, but the company recently rebranded itself to appeal to a wider audience. “Didi Chuxing is a much more broad concept,” Liu told Bloomberg. “Chuxing means travel, commute in Chinese.” The company also announced a collaboration with Lyft last year that allows the two companies to share riders internationally.

The company thinks artificial intelligence is key for growth

Technologies like artificial intelligence and machine learning could help Didi Chuxing anticipate passenger needs and meet demand. “The next phase for us is really to invest more in artificial intelligence and machine learning,” Liu told Bloomberg. In an ideal scenario, Didi Chuxing would be able to send drivers out to crowded locations before rides are even requested. 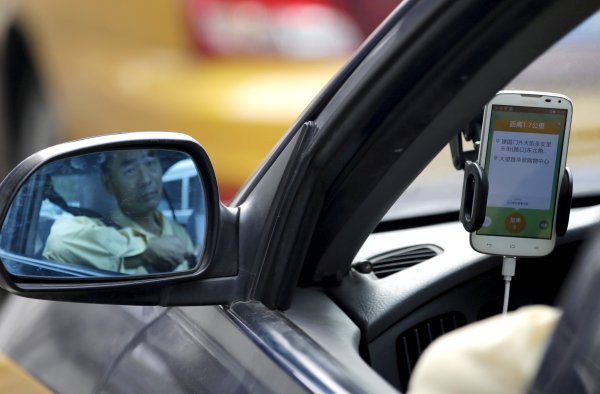