The camp, pop-filled bonanza that is the Eurovision Song Contest took a turn toward the serious on Thursday night, when Ukrainian jazz singer Jamala’s performed her evocative “1944” during the contest semi-finals. Performing live to millions of viewers, the 32-year-old Jamala sang: “when strangers are coming, they come to your house, they kill you all and say, ‘we’re not guilty, not guilty.'”

The harrowing song refers to the mass deportation of Tatars from Crimea under the orders of Soviet dictator Joseph Stalin during World War II. Jamala has said that the somber lyrics were inspired by the experiences of her great-grandmother, who was one of the quarter million Crimean Tatars deported during that time.

The tragedy, which the Ukrainian government recently recognized as genocide, dates back to the early 20th century.

Descending from Mongol armies that came through the area in Middle Ages, the Muslim Tatars had lived on the Crimean Peninsula for centuries. After Russia first annexed the area in 1783, they enjoyed cultural autonomy until the 1930s, when they were subject to repression after Stalin’s rise to power. Things got worse when Nazi Germany entered the peninsula in September of 1941, eventually taking control of Sevastopol in 1942. Two years later, Soviet forces “wrested the Crimea back in just one week—in one of the most complete German reverses of World War II,” as TIME described in April 1944:

Success for the Soviets spelled tragedy for the Crimean Tatars. After the Soviet armies retook the Peninsula, the Tatars were rounded up over three days in May and sent to far-flung regions of the Soviet Union. Nearly half of the deportees died in the first year of exile due to disease or starvation.

In June of 1944, TIME described the aftermath, less than a month after the mass deportation:

In August 1987, Crimean Tatars used the Soviet Leader Mikhail Gorbachev’s policy of glasnost (openess) to air their grievances with a protest in Moscow. “The Tatars have been seeking reinstatement of their homeland and public apology ever since [the deportations],” TIME reported. In 1989, they were allowed to repatriate to the Crimean Peninsula, which was by then part of Ukraine due to a transfer by the Soviets in the ’50s, arriving in large numbers thanks to a Soviet decree allowing them to return from exile. However, their troubles did not end there, with many finding their homes and land occupied.

The dark history of 1944 became a subject of renewed global interest after Russia’s 2014 annexation of the Crimean Peninsula, through a referendum that left many Tatars fearing for their future.

Though she has said more recently that the song is not about modern Crimean politics, Jamala also said in an interview with Radio Free Europe in February that her song is also not just about the past. “Now the Crimean Tatars are on occupied territory,” said Jamala, “and it is very hard for them. They are under tremendous pressure.” Russian diplomats have complained that Jamala’s ode is against Eurovision’s rule barring songs with political statements.

Judging by Jamala’s advance to Saturday’s grand finale, organizers are happy for this diplomatic tussle to play out on their stage. 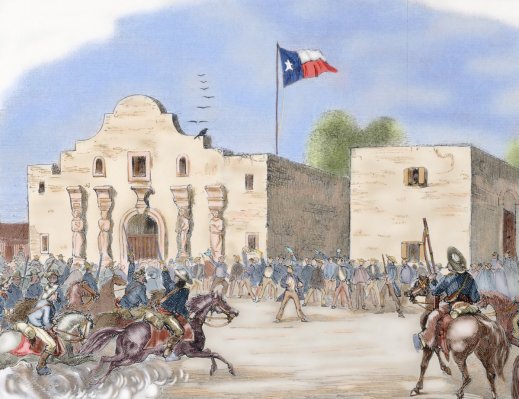