Donald Trump’s longtime butler Anthony Senecal made headlines Thursday after it was revealed that he had posted to Facebook calling for President Obama to be killed.

Trump, the presumptive Republican nominee for president, denounced the butler’s “horrible statements” that put Senecal in the spotlight. Here’s what to know about the man at the center of the controversy.

He thinks Obama should be killed.

Senecal has frequently expressed his disapproval of the president, but the scale of his antipathy wasn’t widely known until a report by Mother Jones cited a post made Wednesday saying Obama “should have been taken out by our military and shot as an enemy agent in his first term!!!!!”

In May 2015, Senecal also made a post saying that “Kenyan” Obama should be dragged from the “white mosque” and hung from the portico.

He lied to Trump about the mogul’s golf skills.

In a New York Times profile of Senecal, the butler said he would give Trump an inflated assessment of his golf performance by lying about the distances they were hitting balls at.

Senecal frequently goes online to rant about everything from the 2016 election to Beyonce’s halftime performance at the Superbowl, according to the New York Times. One of his recurring themes is theories about how Obama is a secret Muslim out to destroy America. Last year, Senecal said that the president was “castrating” the military and added that it was “time for our Military to drag that fraud out of the white mosque and hang his a– for treason and other high crimes against AMERICA !!!!!!!“

He is the unofficial historian of Mar-A-Lago.

Senecal, 74, has been a butler at Trump’s Mar-a-Lago property in Palm Beach, Florida since it was first owned by Marjorie Merriweather Post. He currently serving as the site’s unofficial historian, after attempting to retire in 2009, according to the New York Times.

He was once the mayor of small town in West Virginia.

Senecal took a couple years off from his work at Mar-A-Lago in 1990 to be the mayor of Martinsburg, West Virginia. One of his accomplishments there included a proposal requiring panhandlers to carry begging permits at all times, the Times reports. 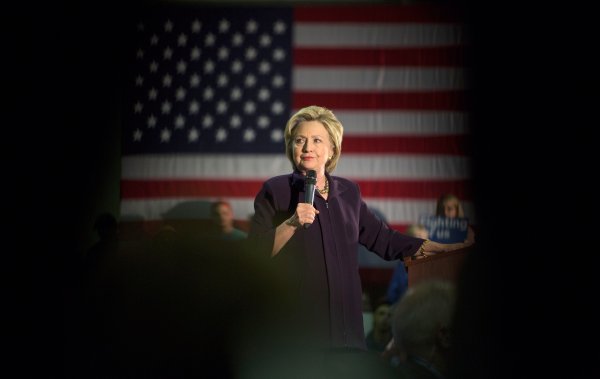 Clinton Cash: A Scathing Film Aimed at Persuading Liberals
Next Up: Editor's Pick