This Game of Thrones Theory May Signal Ramsay Bolton's Demise

After the third episode of Game of Thrones’ sixth season showed Smalljon Umber gifting Ramsay Bolton with Rickon Stark, Osha and the severed head of Rickon’s direwolf, Shaggydog, many fans began speculating that there was more to the scene than there seemed. Basically, instead of accepting that the Umbers truly betrayed the Starks, some are choosing to believe that the move is part of an elaborate plot to overthrow the sadistic Warden of the North.

In a recent post on Reddit, user DanDampSpear laid out several points that seem to support this theory, explaining that, “I believe everything we’ve heard in terms of spoilers points to the Grand Northern Conspiracy being underfoot and I will lay out evidence that Shaggydog lives, and that Rickon and Osha are being used to ensnare Ramsay in a trap.”

The post is thorough and worth a read, but for the sake of time, here are a few of his strongest arguments. The Redditor starts off by detailing past scenes that seemed to foreshadow Ramsay’s demise, including a sequence in which Ramsay’s father, Roose Bolton, told him that, “If you acquire a reputation as a mad dog, you’ll be treated as a mad dog.”

The Redditor goes on to discuss House Umber’s staunch loyalty to the Starks, stating that it seems unlikely Smalljon would turn against the family because of the threat of the Wildlings. “We know the Umbers are famously loyal to the Starks and care a great deal about oaths,” he wrote. “Does refusing to swear an oath seem like the behavior of someone who cares nothing about tradition? If you cared nothing about tradition, wouldn’t you just swear whatever oath was asked of you and not give a sh—t if you keep it or not? Seems to me, that SJU [Smalljon Umber] talked his way into tricking Ramsay in way so that if he betrays him, he cannot be called oathbreaker by anyone.”

And last but not least, there’s the question of Shaggydog. DanDampSpear has an answer for the direwolf’s supposed death. “Shaggydog’s alleged head is far too small to be a direwolf. The handle and scrolls as reference point[s] on the table seem to make sure we feel that way,” he wrote, adding that, “Rickon’s reaction to Shaggydog’s head seemed muted. Perhaps because he’d know from his warg connection when the wolf died and has already grieved prior to the meeting with Ramsay, perhaps because it’s a ruse.”

“The Book of the Stranger,” the fourth episode of Game of Thrones‘ sixth season, airs Sunday at 9 p.m. EST on HBO. 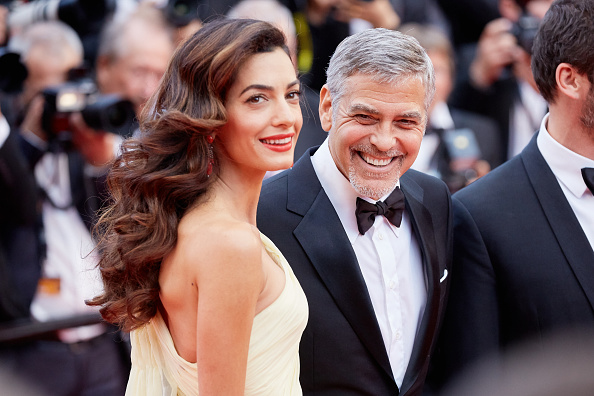