These 5 Facts Explain Rodrigo Duterte's Victory in the Philippines

The Philippines just elected a president who vows to be a “dictator” in the battle against evil. Here are the five facts you need to know about Rodrigo Duterte, and what his victory means for his country and for others.

He’s a genuine punisher
People throw around the term “strongman” a lot these days, but Duterte lives up to the billing. Known as “Duterte Harry” and “The Punisher,” Duterte served as mayor of Davao City for more than 22 years. Trained as a lawyer, he vowed to clean up a city so notorious for its crime it was once tagged the “Nicaragua of Asia.” Today, Davao’s per capita crime rate is the lowest in the country. But the methods Duterte allegedly used to pull this off have drawn condemnation from international human rights groups. It’s widely believed that Duterte sanctioned extrajudicial killings by roving packs of vigilantes. These death squads targeted petty criminals, street children and drug dealers, according to Human Rights Watch, claiming the lives of more than 1,000 people, 132 of them children. Duterte appointed himself judge, jury and executioner—and the people of Davao loved him for it. In a March survey conducted in the city by Ateneo de Davao University, 88 percent of people polled said they would vote for Duterte as president.
(BBC, The Diplomat, The Guardian)

He’s unapologetically brash
Duterte made security the focal point of his campaign, and he didn’t go much further than that. But whatever Duterte lacked in serious policy proposals, he more than made up for in Donald Trump-like rhetoric. In 1989, an Australian missionary was raped and murdered in Davao, where Duterte was mayor at the time. A month ago, an old video surfaced of Duterte telling a crowd that “she was so beautiful, I think the mayor should have been first. What a waste.” He’s refused to apologize for the comment. He’s called Pope Francis a “son of a whore” for causing a traffic jam on the pontiff’s visit to the country; he’s promised to execute 100,000 criminals and throw them into Manila Bay if elected president. While such crass language would sink the campaigns of typical presidential hopefuls, Duterte has used it to burnish his anti-establishment credentials—even though he’s actually the son of a former provincial governor.
(CNN)

He’s not a member of the elite
Duterte’s candidacy also got a boost from growing awareness that Philippine citizens remain under the thumb of political and economic elites. 83 percent consider corruption a “problem”; 64 percent of those say it’s a “serious problem.” That up to 70 percent of Philippine legislators come from political families doesn’t help that perception. And while the Philippine economy has taken off in recent years thanks to serious pro-market reforms, very little of that wealth has made its way to the impoverished majority. More than 45 percent of the population still lives on less than $2 a day.
Duterte has demonstrated no understanding of economics, but as mayor he appointed competent economic advisors, which has reassured many international observers.
(Transparency International, CNN, LA Times)

He’s willing to take a stand against China…
All of southeast Asia lives in the shadow of China, and there is no more hotly contested issue right now than the historic conflict over boundaries in the South China Sea (SCS). One third of global maritime trade travels through the SCS, including more than 60 percent of South Korean, Japanese and Taiwanese energy supplies and 80 percent of China’s crude oil imports. And that’s before we get to the vast oil and gas reserves believed to lie beneath the seabed. China has been aggressively building artificial islands in the SCS to strengthen its legal claims over the waters, which has provoked a backlash from neighboring countries. First among them was the Philippines; outgoing Philippine President Benigno Aquino took a strong line against China, even taking it to arbitration court in the Hague in a case Beijing refuses to recognize. Duterte meanwhile has offered to jet ski to the contested islands and hoist the Philippine flag there himself. Beijing and the Philippine people were amused by the braggadocio; the Philippines’ fellow claimants were anything but.
(Business Insider)

…But it’s not the stand that his allies want
The real concern are Duterte’s comments about what follows once the Hague issues its ruling on the SCS sometime in the next few weeks. China wants to engage its neighbors one-on-one to strike individual deals that strengthen its broader negotiating position. The neighbors should know they are stronger when they band together and speak to China with a single voice, one backed by support from the United States. But Duterte has said that if multilateral talks fail to produce an agreement within two years, the Philippines should go it alone and strike a separate deal with Beijing—provided that China pay for some infrastructure improvements like trains around Davao City and between Manila and Bicol. That gives Beijing an obvious incentive to make sure that multilateral talks fail.

This isn’t just a problem for southeast Asia. The US has more than 75,000 troops already stationed in the region and formal alliances with Japan, South Korea, Thailand and the Philippines. Washington is bound by treaty to defend them if push comes to shove. And Duterte’s “Philippines First” approach to foreign policy makes it much more likely that southeast Asia will end up in a shoving match over the South China Sea. That’s why Roderigo Duterte is the region’s new wildcard.
(TIME) 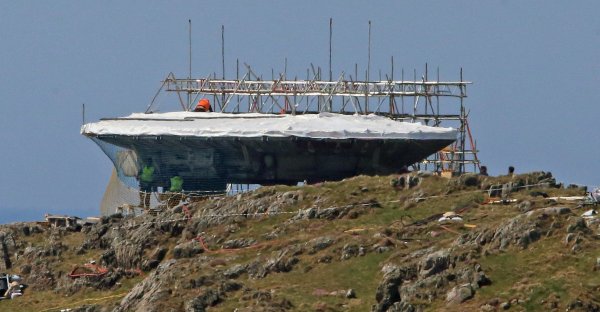