When Game of Thrones viewers last saw Littlefinger, he was back in King’s Landing to broker a deal with Cersei (Lena Headey) after leaving Sansa (Sophie Turner) at Winterfell to be married off to the barbaric Ramsay Bolton (Iwan Rheon). And while Petyr Baelish has yet to appear in the first three episodes of the show’s sixth season, the promo for this week’s episode, “Book of the Stranger,” indicates that he will making his grand re-entrance on Sunday.

So what can viewers expect from the devious lord this season? Aidan Gillen — who plays Littlefinger in the HBO drama — recently sat down with Entertainment Weekly to talk about what’s in store for his character. “For me, this time out, there’s a level of atonement in relation to Sansa and my misjudgment of Ramsay Bolton,” he told EW. “A lot of what I’m up to is atonement and really trying to align myself [with] the right people – though, I guess, I’m always doing that! I left Sansa married to a psychopath. It’s probably the one time we’ve seen Littlefinger slip up. He really didn’t know about him. He should have.”

Read More: This Game of Thrones Theory May Hold the Key to Jon Snow’s Past

Gillen also explained how it was possible for Littlefinger — who seems to know everything about everyone — to not know about Ramsay’s horrific nature. “To the viewers who have seen so much of Ramsay Snow, they’ve seen him do all these cruel acts. And you feel like the world knows his reputation. But in the world of our story everyone does not know. A lot happens behind closed doors, or closed gates,” he said. “So I know it seems unlikely Petyr Baelish, who knows everything, would be unaware of his reputation and the depths of his cruelty. In a way, this shows a new side of him, a faltering, and I do want to make amends. I like Sansa, you know? So I’m trying to find something humane and gentle and maybe even warm in the midst of my treachery and calculation – which is pathological. That stuff is so much part of Littlefinger I barely notice it. I’m always talking to people about his ‘paternal warmth’ and they’re like, ‘What are you talking about?’ But you can only do what’s on the page.”

The fourth episode of Game of Thrones‘ sixth season airs Sunday at 9 p.m. EST on HBO. 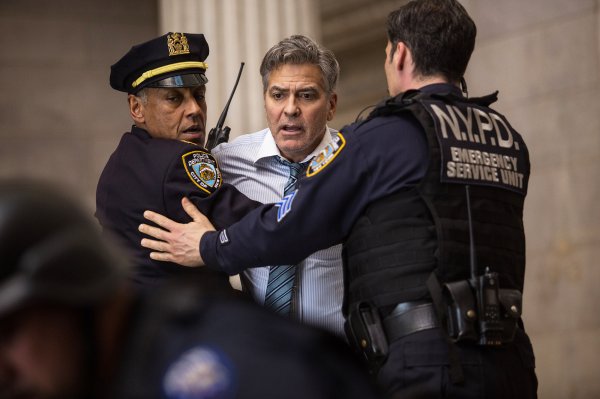 Review: Why Money Monster Will Make You Mad as Hell
Next Up: Editor's Pick