How Abraham Lincoln Became the Only U.S. President to Hold a Patent

As a president, Abraham Lincoln has many unique distinctions: Honest Abe, the Great Emancipator, the first presidential assassination victim.

He also remains to this day the only U.S. president to hold a patent in his name. Lincoln invented a “manner of buoying vessels” that was awarded U.S. patent number 6,469 on May 22, 1849 — 167 years ago this weekend.

How exactly Lincoln got the idea is an episode that’s explored in Sidney Blumenthal’s new Lincoln biography A Self-Made Man. As Blumenthal tells it, Lincoln was stumping before the 1848 election in Massachusetts when he traveled across the Great Lakes by boat, on his way back to Illinois. The steamboat ran aground on a sandbar, so the captain “improvised lashing empty barrels to its side to buoy it over the barrier.” This was a big improvement over what steamboats usually did when they got stuck in shallow water, which was to remove cargo and people. When Lincoln got home, he couldn’t get the moment out of his head—so he commissioned a wooden model of an invention that would accomplish the same goal. He brought it with him when he returned to D.C., and applied for a patent.

The basic idea was that you’d attach “buoyant chambers,” which could be inflated or deflated as needed, to a boat. The top of the champers would be wooden or metal and the rest would be made of waterproof fabric. A system of ropes and shafts would be set up so that the chambers could be expanded all at once from on board the ship. Ropes could be used to control how far underwater the chambers went.

This sounds pretty basic, but Lincoln specified that what was new about his invention was “the combination of expansible buoyant chambers placed at the sides of a vessel, with the main shaft or shafts…, by means of the sliding spars or shifts…, which pass down through the buoyant chambers and are made fast to their bottoms, and the series of ropes and pullies, or their equivalents, in such a manner that by turning the main shaft or shaft in one direction, the buoyant chambers will be forced downwards into the water and at the same time expanded and filled with air for buoying up the vessel by the displacement of water; and by turning the shaft in an opposite direction, the buoyant chambers will be contracted into a small space and secured against injury.”

In other words, no more need to rig up a barrel when you needed to lift a boat. The inflatable chambers would be attached to the boat the whole time, and they could be easily adjusted as needed.

Though the invention was never really put to use, a version of his model is held by the Smithsonian. As curator Paul Johnson told Smithsonian magazine in 2006, its failure to be applied in the real world was perhaps for good reason: inflating those buoys would still be hard, even with the help of ropes and pulleys. You’d need a huge amount of force needed to get the buoys to go under the water.

And Lincoln, of course, had moved on to bigger things anyway. 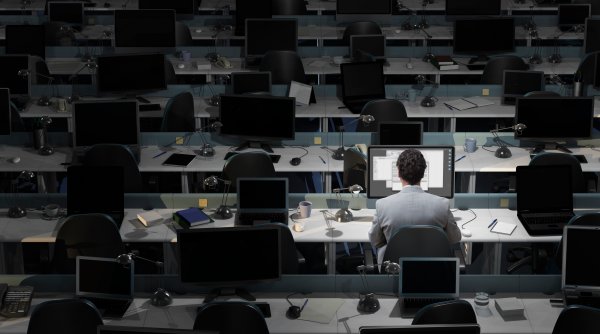