This is a moment of high anxiety in Saudi Arabia. Oil prices are half the level the Saudi government needs in order to balance its books, and it is burning through cash reserves. Global oversupply ensures no rebound for the foreseeable future. Rival Iran is on the rise. Traditional Saudi allies, including the U.S., are keeping their distance. Finally, the kingdom stands on the verge of a generational change in leadership, and there’s a risk of a succession fight when King Salman dies. There is nothing the Saudis need more than comprehensive economic reform. The kingdom must end its deep dependence on oil revenue and build a dynamic 21st century economy. The current path can’t be sustained much longer.

That’s why the kingdom has launched Vision 2030. Led by the king’s 31-year-old son Deputy Crown Prince Mohammed bin Salman, the project aims to lower the unemployment rate, bring more women into the workforce and more than triple the share of nonoil exports. This is the plan the Saudis need, acknowledging the kingdom’s true weaknesses and challenges ahead. It deserves the support of Saudis and outsiders alike. But it probably won’t work.

Marginal spending cuts and adjustments might be achievable, but the Saudi bureaucracy has never before accepted such a comprehensive reform plan. More important, the Saudi system is built on an understanding that government provides for citizens in exchange for political obedience. Serious reform would require citizens to work harder and receive less financial support from the government. Fundamental changes in education are also required if young Saudis are to compete for 21st century jobs.

Further, Mohammed bin Salman will face serious pushback from the powerful conservatives who provide the royal family its religious legitimacy and who suspect this project is designed mainly to boost the prince’s chances of succeeding his father. They’re probably right, and Mohammed’s commitment to the plan will be an open question in the face of resistance. He’s far from a lock to take the throne, with many older relatives still in the picture, and the cultural changes required to make this plan work are probably beyond him even if he does.

Vision 2030 isn’t designed to restore the economic and cultural dynamism the kingdom has lost. It’s a plan to create it from scratch, which is why it’s likely too little too late. 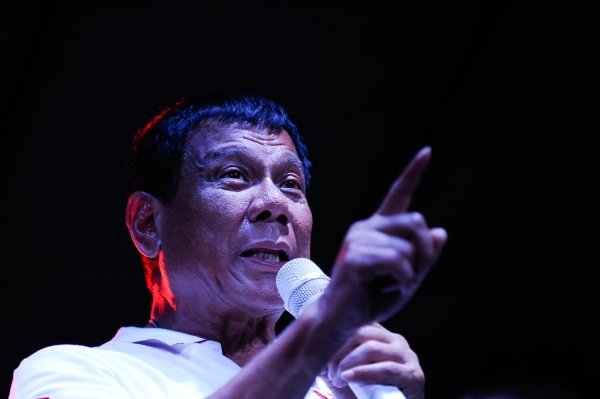 Rodrigo Duterte: The Trump of the East?
Next Up: Editor's Pick