We Have Become an Idiocracy

Eight years ago, with the publication of Susan Jacoby’s The Age of American Unreason, our country had a debate about whether its citizens were becoming less intelligent. This year, we had a debate about how big Donald Trump’s penis is. While we have not resolved the latter, we have answered the former. Former means first, and latter means second.

Two years before Jacoby’s book came out, Mike Judge set his sci-fi comedy Idiocracy 500 years in the future, when President Dwayne Elizondo Mountain Dew Herbert Camacho, a former champion professional wrestler, peppers his speeches with curses. Trump, who is in the World Wrestling Entertainment Hall of Fame, has used a curse or two when a facial expression could not fully convey his policy points. He has also used his candidacy to hawk products with his name far more effectively than Camacho did with Mountain Dew.

Nearly everything predicted in Idiocracy has come true, and more. In the movie, the language is so coarsened, there are curses on billboards; the ones for this year’s MTV Movie Awards read F-ck the Tux. As predicted, words are being replaced by pictograms. Kids are having birthday parties at Hooters; in the movie they have them at an overtly sexualized version of Fuddruckers called Buttf-ckers. Back in 2006, Time would never have let me print Buttf-ckers. In the Idiocracy-est moment of the whole 2016 campaign, a Trump supporter who shoved a black protester in the face explained his candidate-selection process to a reporter on MSNBC, Ali Vitali, thusly: “He’s no-bullsh-t. All balls. F-ck you, all balls. That’s what I’m about.” Though George Washington never said those exact words, he would have certainly killed a man for saying them.

I called the people who made Idiocracy to see how they so accurately predicted the future. “I’m no prophet,” Judge told me. “I was off by 490 years.” He too is shocked at how eerily similar the world has become to the one his movie depicted. He and Idiocracy co-writer Etan Cohen have been working on fake campaign ads for Camacho to be used as anti-Trump web videos, but they’re having a hard time. “Our jokes would be like, ‘I’m going to build a wall around the earth.’ They were only incrementally stupider,” says Cohen. “Writing Idiocracy was just following your id. Now unfortunately our id has become our candidate for President.” The danger here is clear: we will no longer be able to have comedies with hilarious dumb characters.

Terry Crews, who played President Camacho, has been freaked out that Trump, a guy he’s met and liked, has stolen his character. “I look now, and I go, Holy cow, these people are actually talking about each other’s wives. It’s not politics. It’s like ‘Yo mama,'” he said. “The cult of masculinity has gone amok. What he is saying is, I will beat you down and take your women.” Only not nearly as eloquently.

I’m aware it’s ironic that I’m whining about a less informed America after spending 17 years filling a page that could have been about war or climate change with penis jokes. But I do believe that I am a professional penis-joke writer and that other people are professional politicians, reporters and electricians. Just because we now all have access to power does not mean we have the experience, wisdom or temperament to wield that power. I got nervous about this in 2010, when Elena Kagan was nominated to serve on the Supreme Court and Matt Lauer asked Joe Biden on the Today show if having five Justices who graduated from Harvard Law and three Yale Law graduates “[sounds] a little elitist.” Sure, Matt, anyone with common sense and a good heart can interpret a 229-year-old founding legal document and determine how granting letters of marque and reprisal could apply to cyberterrorism. It even sounds a little elitist to let the President instead of the people pick those Justices, even if we have to wait a year and the people are busy watching kids’ superhero movies, which have themselves devolved into superheroes constantly fighting one another. When I was in third grade and kids on the playground talked about what would happen if Superman fought Batman, the rest of us knew that the answer was that those kids weren’t going to college.

It’s hard to be smart with so many dopamine-producing distractions and so much online approval for our uneducated opinions. But I urge you not to read this column unless you’ve read the rest of the magazine. I will try to do the same, unless they do another cover story about the debt. Even a smart guy has his limits. 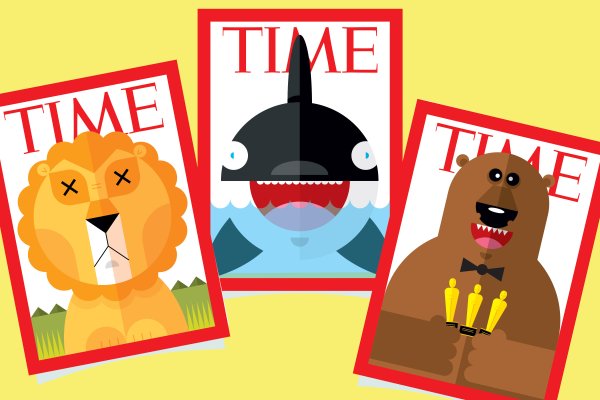