Sykes-Picot: The Centenary of A Deal That Did Not Shape the Middle East

One hundred years ago on May 16 Britain and France signed a secret deal to carve up the carcass of the moribund Ottoman Empire that has since become a byword in the Middle East for imperialist skullduggery – the Sykes-Picot agreement.

Indeed, it could be said that belief in a narrative that all the region’s ills can be traced back to this single act of big power infamy is the one thing that unites its present protagonists. As they survey the current turmoil in their region, secular nationalists, democrats, autocrats, jihadists, Kurds, Sunni and Shia can at least agree that Sykes-Picot is to blame.

Little surprise then that Abu Bakr al-Baghdadi, leader of the so-called Islamic state, saw the PR benefits of summoning the bogeyman when he described his newly-declared “caliphate” in 2014 as a nail in the coffin of the Sykes-Picot conspiracy. ISIS even disseminated a 15-minute English-language video entitled “the End of Sykes-Picot” to reinforce the point.

Apologists for the 1916 agreement—these days it would be hard to find any serious defenders—would claim it was more muddle than conspiracy. The plan devised by two otherwise rather undistinguished diplomats, Sir Mark Sykes for Britain and François Georges-Picot for France, sought to map a post-World War I structure for Turkey’s Middle Eastern territories. With the conflict against Germany and its Turkish ally still under way and the outcome far from certain, they drew artificial lines in the sand which reflected their countries’ interests rather than those of the inhabitants.

Pointing to a map, Sykes told his political masters in London that he wanted to draw a straight line stretching from the ‘e’ in Acre, Palestine to the last ‘k’ in Kirkuk. France would control the territories north of this border and Britain those to the south.

Sykes had travelled in the region, mainly as a tourist rather than a diplomat, and managed to persuade his government he knew more about it than he actually did. Picot was a promoter of France’s self-proclaimed civilising mission and liked to summon up his country’s centuries-old engagement with the Levant, dating back to the Crusades.

The case for the prosecution is that the Sykes-Picot plan established artificial borders which failed to reflect the demographic, cultural and social identity of the varied communities that had lived for centuries under Ottoman suzerainty. The signatories to the agreement are accused of reneging on promises to the Arabs that they would be rewarded with independence for their rebellion against the Turks. That leads on to the charge that they laid the groundwork for a partition of Palestine that ignored the rights of the indigenous Palestinians.

A popular portrayal of the opportunist cynicism routinely associated with the deal comes in the 1962 epic Lawrence of Arabia in which the late Claude Rains plays Dryden, a British official who reveals the Sykes-Picot terms to an outraged Colonel T.E. Lawrence, a hero of the Arab Revolt.

“A man who tells lies, like me, merely hides the truth,” the fictional Dryden responds to what he sees as Lawrence’s false indignation. “But a man who tells half-lies, has forgotten where he’s put it.”

To borrow from Dryden, the case against Sykes-Picot consists of, if not half-lies, then at least of half-truths.

A cursory glance at the Sykes-Picot map shows that it diverges substantially from that to be found in any modern atlas. Most of the borders the diplomats proposed failed to survive the various negotiations that followed the end of World War I and its aftermath. Mosul, for example, was originally assigned to the French sphere of influence. But, days after the 2018 armistice, it was occupied by the British. It had not been the intention of either Sir Mark or M. Picot that it should end up in Iraq.

The anathema that Sykes-Picot has attracted tends to ignore the time and the context in which it was devised. In mid-1916, neither the two diplomats nor anyone else knew the outcome of a war that would determine the future of Europe and of two empires, the Hapsburg and the Ottoman. Just months earlier German troops had attacked Verdun in what was to be the longest battle of the war.

And if the Ottoman Empire was moribund, its military was still capable of fighting back. At the start of the year, Britain and its allies had withdrawn from a disastrous attempt to strike at the Ottoman capital of Constantinople via Gallipoli. In Mesopotamia, the future Iraq, British and Indian troops had just surrendered to the Turks at the besieged city of Kut.

Britain’s Czarist Russian allies were doing somewhat better, advancing in the Caucasus in an offensive which would only collapse when the 1917 revolution erupted. Russia was to be richly rewarded under the terms of Sykes-Picot which it had helped to devise. Leon Trotsky leaked the details of the secret deal soon after the Bolsheviks took power and dropped the claims on Turkish territory.

During the war, the allies’ response to the challenges they faced in the Middle East was often short-term, self-serving and even contradictory. For Britain’s part, it led to unresolvable promises being made to Arab nationalists and Zionists. Suspicion between Britain and France was often as deep-seated as their enmity towards their actual foes.

But it is difficult to single out Sykes and Picot for condemnation. It is their legacy to have their names become a cypher for all the perceived ills of colonial and post-colonial intervention in the Middle East, from the aftermath of the 2003 Iraq war to the current disintegration of Syria.

In reality, the victors sought to determine the Middle East map with the Treaty of Sèvres which in 1920 effectively dismantled the Turkish heartland in Anatolia Three years later, with the Treaty of Lausanne, a resurgent Turkey under Kemal Ataturk regained what it had almost lost. Earlier promises that Kurds and Armenians might be allowed to determine their futures somehow evaporated.

Today’s situation in the Middle East and the potential breakup of Iraq or Syria have prompted predictions – and not just from ISIS’ Baghdadi – that the region is seeing the end of the Sykes-Picot era. There are few predictions, however, about what might replace it.

As the historian Sean McMeekin wrote in his 2015 “The Ottoman Endgame”, Sykes-Picot had moved to the realm of cliché, “a shorthand explanation for the latest upheaval in the Middle East that rolls easily off every tongue.”

He suggested it was time to move beyond the Sykes-Picot myth to gain a better understanding of the developments that shaped the modern Middle East. 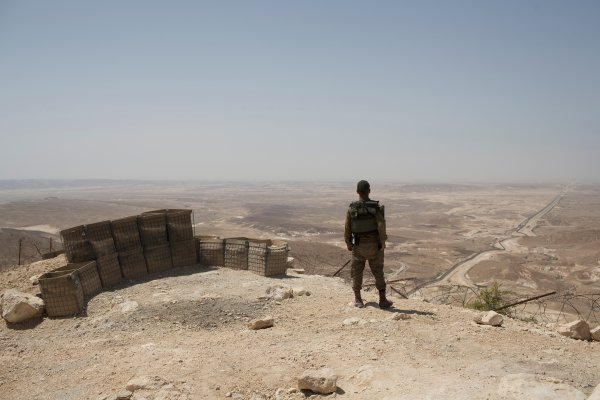 Israel Patrols as ISIS Lurks in the Sinai
Next Up: Editor's Pick