Azealia Banks, it seems, is not happy if she isn’t angry. The 24-year-old rapper’s work as a recording artist has largely been eclipsed by her penchant for picking fights (usually online but sometimes off), to the extent that Vulture ventured last October that “[Banks’] behavior on social media, and generally in public, is destroying her career.”

Her latest episode came on Tuesday, when she posted to Instagram a collage juxtaposing clips from her music videos and shots from the video to erstwhile One Direction member Zayn Malik’s new track “Like I Would.” Basically, she was accusing him of plagiarizing her ideas, though she conceded that he was a “cutie pie.” Malik then posted some tweets that may have been alluding to Banks, who then chose to abandon the conciliatory pose altogether — instead going on to describe Malik, who is of Pakistani descent, as a “curry scented b—-.” Fourteen-year-old Disney Channel star Skai Jackson then tweeted to Banks to “simmer down,” to which Banks responded by telling Jackson to “grow some hips and start [her] menses.”

On Wednesday, The Guardian reported that the organizers of the Rinse FM’s Born & Bred Festival in London had canceled Banks’ scheduled performance at the event. Banks then tweeted a tepid pseudo-apology, which — along with the earlier diatribe — has since been deleted. She also issued a statement, which can be read here. Folks are asking Twitter to delete her account. This has all happened before, and while chronicling every Banks controversy might demand more than a thousand words, there are a few worth remembering:

2. Perez Hilton. The celebrity gossip blogger criticized Banks’ antagonistic tendency in early 2013, which prompted her to turn the acrimony on Hilton himself. She unleashed a torrent of homophobic vulgarities — Hilton is gay — and then encouraged him to commit suicide.

3. Iggy Azalea. Banks’ longstanding beef with the Australian rapper is probably her most infamous. It began, as Buzzfeed documented, in 2012, when Banks took issue with Azalea’s calling herself a “runaway slave master” in her track “D.R.U.G.S.” (Azalea is white; Banks has dubbed her “Igloo Azalea.”) In the four years since, T.I. has gotten involved — he signed Azalea to his label and defended her against Banks’ vitriol; Banks then called him a “shoe-shining [racial epithet]” — and the conflict shows no sign of waning. In March, after Azalea spoke candidly about her struggles with depression, Banks took to Instagram to encourage her to kill herself by “driving off the canyon.”

4. Bill Cosby. Or rather, the dozens of women who have accused Cosby of sexual assault. In December 2014, Banks on Twitter accused them of crying wolf, though her choice of words was more colorful:

5. Sarah Palin. Last month, the former governor of Alaska threatened to sue Banks after the rapper tweeted that Palin should be gang raped and that footage of the incident should be disseminated on the internet. The Daily Mail reported that Banks wrote the tweets after reading a piece of satire claiming Palin said that African-Americans “accepted [slavery] willingly.”

Banks has meanwhile endorsed Donald Trump in this year’s election because he is “evil like America is evil,” the New York Daily News reported on Monday. Clinton, she said, is a “megalomaniac.”

6. A vacationing French couple and a Delta Air Lines flight attendant. When a flight from New York to Los Angeles landed, Banks allegedly tried to depart the plane before the other passengers, punching and spitting in the face of a French man who blocked her exit. When a flight attendant intervened, she told him he was a “f-cking f-ggot.” Footage of the altercation was leaked to TMZ. 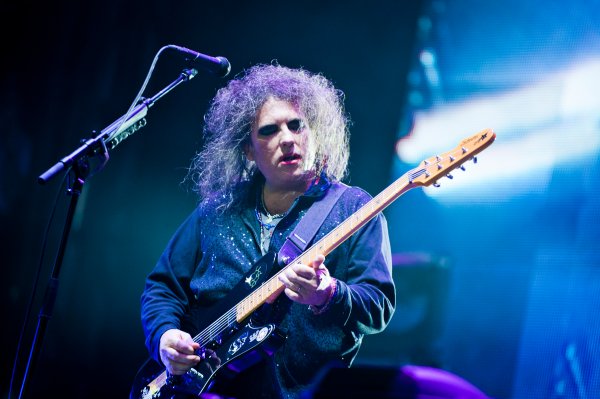