4 Signs You Have Grit

When Angela Duckworth talks about grit, most people assume she just means persistence—but there’s more to it than that, the MacArthur “Genius” Award winner and professor of psychology at the University of Pennsylvania told Motto. “I do mean hard work and not quitting things when they’re hard, but I also mean passion,” said Duckworth, who became interested in the subject while teaching middle school and high school students and realizing that the most talented ones often weren’t the ones who performed the best academically. Duckworth has since gone on to give the wildly popular TED Talk “The key to success? Grit” and is the author of the new book, Grit: The Power of Passion and Perseverance.

“Getting anywhere in life, doing anything worth doing, it just takes so much effort,” she said. “If things were easier, then maybe we wouldn’t need grit. But I think most things that are worth doing take a long time and that sustained commitment. There are no shortcuts to true excellence.”

The good news is that grit isn’t like eye color or shoe size—it’s not something you’re born with. “I think people can learn to be gritty, I really do,” said Duckworth.

Here, four signs that you have grit—along with Duckworth’s advice for how to address any areas in which you may need a little help.

1. You have something you find enduringly fascinating
If you had to name one pursuit or interest with which you think you could never get bored, could you do it? If you’re drawing a blank, Duckworth recommends reflecting on what your hobbies were as a teenager. “Many, many individuals will report starting to form their lifelong interests around adolescence,” said Duckworth. “Why that is, researchers don’t fully know. But if you can take a trip down memory lane and see what interested you, that’s at least a clue as to where your interest may begin to develop.”

2. You view frustrations as a necessary part of the process
Many people get upset if they make mistakes or face setbacks—and then they give up. But this prevents them from putting in the work necessary to reach their end-goals. “When you look at people practicing, you find they make tons and tons of mistakes,” said Duckworth. “It’s by making those mistakes that you get better. Making mistakes and failing are normal—in fact, they’re necessary.” By reframing how you view mistakes, Duckworth said you can increase your grittiness. “Negative feelings are typical of learning, and you shouldn’t feel like you’re stupid when you’re frustrated doing something,” she said. “You might say to yourself, ‘I can’t do this,’ but you should say, ‘That’s great.’ That means you really have the potential to learn something there.”

Read more: Why You Should Throw Everyone Else’s Definition of ‘Success’ Out the Window

3. You look for ways to make your work more meaningful
Duckworth cites an experiment at Google, where the company asked some employees to rethink their job responsibilities ever-so-slightly in ways that would make them more filled with purpose. After they did that, employees saw increases in job satisfaction and performance. “Just thinking, ‘What can I do in small ways that would make this more meaningful?’ can help,” said Duckworth.

4. You believe you can change and grow
When some people face a setback, they give up because they think it’s a sign that they never had “what it takes” to succeed. This is what researchers refer to as a “fixed mindset”—the belief that people essentially are who they are and don’t change. But Duckworth said that, by understanding a little bit about the science of hope, you can change your approach to build your grit. “If you have a growth-mindset theory, that means that, deep down, you fundamentally think human beings are designed to change and grow,” she said. “You might not assume you’re going to be exactly like you are two years from now because you’re an evolving human being.” That can give you the perspective you need to stick with something even when the going isn’t easy. 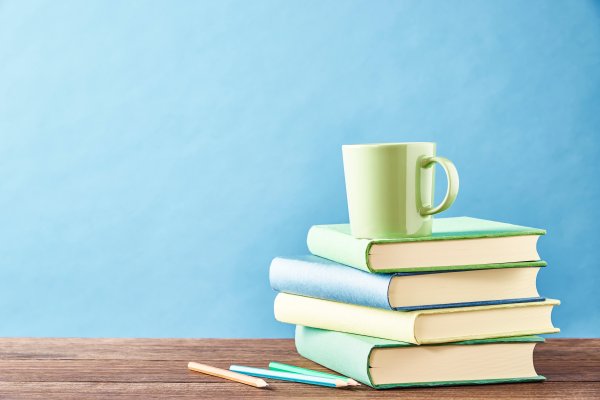 How to Tell If Your Business Idea Will Actually Be Successful
Next Up: Editor's Pick