Protesters stage a die-in protest with gas masks and teddy bears at an antipollution rally outside the Department for Transport in London to highlight the dangers of polluted air poses to people and children's health on April 27, 2016
Tolga Akmen/Anadolu Agency—Getty Images
By Justin Worland

More than 80% of the world’s urban population lives in areas where air quality does not meet standards set by the World Health Organization (WHO), according to a new report.

The report, which looked at levels of small but damaging pollutants known as particulate matter, suggests that global urban pollution levels increased by 8% in the five years preceding 2013. That increase in pollution levels hit poor countries particularly hard, according to the report.

Crippling air pollution in a select few cities like Beijing, Mexico City and New Delhi has attracted global media attention. But those cities represent just the tip of the iceberg. Ninety-eight of 100 cities in low- and middle-income countries do not meet air quality standards. The number declines to 56% in wealthy countries, but cities like London, Paris and Rome still make the list of places that do not meet the standards.

“Air pollution is a major cause of disease and death,” says Flavia Bustreo, an official at WHO, in a press release. “When dirty air blankets our cities the most vulnerable urban populations — the youngest, oldest and poorest — are the most impacted.”

The health effects of air pollution come under increasing scrutiny in recent years as study after study has shown that the problem contributes to millions of premature deaths each year. Air pollution has been linked with a number of ailments including decreased lung functioning, asthma and cancer.

City dwellers have increasingly come to understand the dangers of air pollution, but the solutions to the problem remain largely in the hands of the government policymakers. Policies to transition to clean energy sources like solar panels rather than coal-fired power plants will help clear the air in the developing world.

Read More: These Are America’s 10 Most Polluted Cities

Cities in the developed world have choked in recent years as traffic — particularly from diesel vehicles — has exploded in city centers. Many local governments have implemented policies to encourage walking and levied charges on drivers of high-emitting vehicles that want to enter polluted areas.

Some environmental experts have suggested that the rise of air pollution may have resulted in part from increased attention paid by policymakers to addressing climate change. Policies designed to address global warming — like incentives for diesel vehicles — reduce emissions of greenhouse gases while increasing emissions of particles that damage human health. But other environmental policymakers say that smart marketing of the public-health implications of pollution can go hand in hand with climate measures.

“People do not understand the climate issues, not surprisingly because who does,” says Simon Birkett, the founder of the NGO Clean Air in London. “But what almost everyone does understand is local air pollution.” 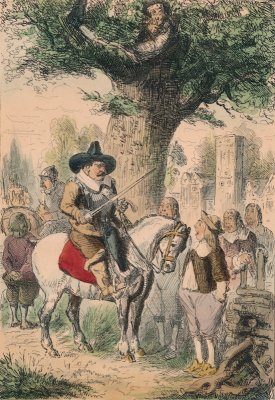 The Complicated History of One of England's Most Famous Trees
Next Up: Editor's Pick