Donald Trump and Paul Ryan Need Each Other

Steve Hilton is CEO of Crowdpac, a former advisor to David Cameron and author of More Human.

Let’s be honest: expectations for Thursday Donald Trump-Paul Ryan meeting are low, to say the least. Of course it’s possible that the two men will spend a cordial hour or so in each other’s company. We might even hope that they agree to keep talking. But the prospect of any substantive rapprochement on policy seems remote.

That is a shame. Why? Because, unlikely as it may sound, there exists the potential of a radical conservative—yes, those two words can go together—governing agenda that combines the thoughtful and technically impressive approach of House Speaker Ryan with the best of Trump’s anti-establishment, disruptive impulses.

The overarching ambition of such an agenda would be to apply philosophically coherent conservative principles to the sources of voter dissatisfaction that Trump has successfully highlighted. In so doing, a radical, anti-establishment GOP policy platform could turn America’s anger into an agenda for real reform.

Over the last few decades, the systems and structures we have built to run the modern world have gotten too big, bureaucratic and distant. It’s true in the economy, where too many industry sectors are now dominated by giant corporations that use their lobbying muscle to shape policy to their ends and keep competitors out. And it’s true in the public sector, too. In both instances, true conservative principles demand an all-out assault on such concentrated power—a spirit that is perfectly in tune with the shake-things-up-and-break-things-up energy of Trump’s campaign

This kind of reform is also in line with the Ryan’s instincts and some of what he’s previewed of his policy agenda that he will unveil this year. But it goes well beyond anything we have seen from the GOP to date—and that’s where Trump could be such a powerful ally for conservative radicalism. By framing market-based reform as an assault on the establishment—which is exactly what it is—he could help deliver the emotional victory that is crucial to the success of any intellectual reform effort.

For example, consider how Trump and Ryan could work together on job growth. Trump has been the first Republican politician to convey a genuine, emotionally resonant understanding of the fact that globalization and technological change, alongside their benefits, have relocated American jobs and reduced Americans’ incomes. But saying “you’ve been screwed” is an observation, not an argument. And it’s certainly not an answer. Simply promising to bring jobs back will not actually bring any jobs back. It’s not even clear that we should want the same jobs back, anyway.

But a radical, Ryanesque policy could deliver on this Trumpian pitch. For years, federal and state governments have wasted billions of dollars on training programs that don’t fit either the practical realities of workers’ lives, or the skills that employers actually need. Through technology—and some bold policy thinking—we could shake up the entire system.

And there’s no need to stop there. Many of the services that government currently provides (badly)—from schools to health care to anti-poverty programs–could, thanks to advances in data science and other fields be provided through decentralized markets, putting real power and control in people’s hands. This type of radical change would not only improve, through competition and choice, the individual services provided (thus addressing the core economic grievances that explain much of Trump’s appeal); it would also achieve a wider political goal.

Ryan may have some of the policy, but he needs energy; Trump has plenty of energy, but he needs to channel it in more constructive and intellectually rigorous ways. That’s why a reformers’ alliance between these two wildly different GOP leaders could produce a lot more than the sum of their parts.

Many conservatives are worried that Trump could be death to their cause. In fact, there’s a chance he could lead to its rebirth. 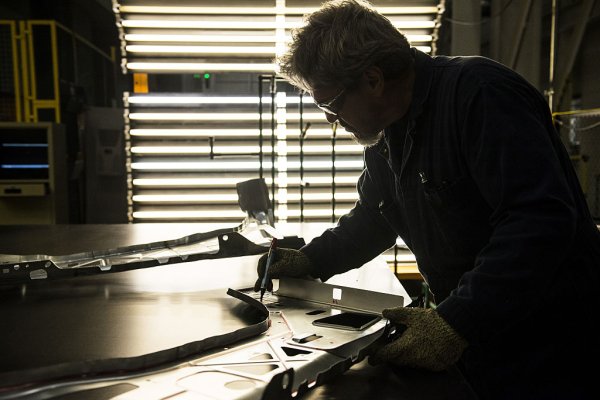