Scientists are increasingly convinced that ketamine, a popular “club drug,” may be a viable treatment option for people who suffer from depression. The drug could hold particular promise for people who are suicidal, according to the results of one small study.

Depression is so common that people in the U.S. spend about $11 billion each year to relieve their symptoms. Most antidepressants work by adjusting the brain chemicals that can affect our mood, and while some are effective, the drugs are far from perfect. They typically take up to two months to work, and even then, only 30% of people will respond to any given drug. That leaves most people to cycle from one prescription to the next until, hopefully, one starts to lift their feelings of hopelessness and helplessness.

But beginning in the 1990s, researchers started studying a compound called ketamine that seems to sweep away depressive symptoms with almost miraculous ease and speed. “Honestly, it was unlike anything I had ever seen when I first saw its effects four years ago,” says Dr. Dawn Ionescu, a staff psychiatrist at Massachusetts General Hospital. “We were seeing patients who were depressed for years and tried many different medications, sometimes even electroconvulsive therapy, and nothing worked. But a single infusion improved their depression within hours.”

Ketamine is approved by the Food and Drug Administration (FDA) as an anesthetic and for treating certain types of pain. In just the right doses, however, it can trigger hallucinatory and out-of-body experiences, which also makes it a popular club drug.

As more studies are starting to show, ketamine can also be a highly effective way to lift mood. But giving people with depression doses of ketamine could also set them up for addiction; while it rebalances certain brain chemicals pertaining to mood, ketamine also triggers dopamine, a substance with direct links to the reward system. Hits of ketamine make the brain crave even more of the drug, and since depression is a chronic condition that requires consistent treatment, a drug that has the potential to cause dependence is far from ideal.

Still, two recent papers add stronger evidence to the idea that ketamine could be a new option for treating depression.

In one study, published in the journal Nature, researchers led by Carlos Zarate from the National Institute of Mental Health used animals to figure out how ketamine works in the brain and how it affects depression. They studied ketamine, as well as the byproducts it releases after it’s broken down by the body, to understand how the drug affects depression. They found that ketamine leads to the side effects of dependence and dissociative thinking by blocking a brain pathway called NMDA, which affects mood. But they also made an important discovery about one of ketamine’s byproducts—one metabolite in particular—which remain in the body for days after the drug is taken. This metabolite appears to trigger the antidepressant effects of ketamine, but without the side effects and addictive potential.

That explains why previous studies found that ketamine’s ability to relieve depression occurred so quickly and lasted for days, often up to a week. Zarate is particularly encouraged by the fact that the metabolite he found doesn’t seem to activate the pathway that’s responsible for ketamine’s addictive effects as well.

Read More: Eating Fish May Lower Your Risk for Depression

That means that if drug developers can find a way to mimic the metabolite, and provide it in just the right dose, ketamine could become an appealing treatment. Theoretically, it could even be used early in a person’s depression history, and, because it acts quickly, might save millions of people from unnecessary suffering.

That may be especially true of people with severe depression who also experience suicidal thoughts. In a small separate study, published this year in the Journal of Clinical Psychiatry, Ionescu found that among 14 people with depression and suicidal thoughts, a few infusions of ketamine helped them to lessen their suicidal ideations considerably after three weeks. While there is still debate over whether suicidal thoughts are part of depression or in a separate category, having a compound that could address them is critical. “Suicide is the only top 10 cause of death that is increasing, not decreasing,” says Dr. Charles Nemeroff, chairman of psychiatry and behavioral sciences at the University of Miami and chair of the American Psychiatric Association task force on biomarkers and novel treatments. “Most of that is due to untreated, under-treated or treatment-resistant depression.”

“We definitely need to understand the addictive potential and side effects of ketamine more before it becomes a prime time treatment for depression,” says Ionescu. “But what we’re excited about is the fact that we may have something that is helping very sick patients in a relatively short period of time.”

Nemeroff is equally encouraged by the findings, but warns that the number of patients studied in ketamine trials is still small, and the sample may not be representative of all people with depression. Most of the people currently in ketamine trials are there as a last resort; they’ve failed other antidepressant therapies, including numerous medications and electroconvulsive therapy.

He’s also concerned about the growing number of ketamine clinics that are popping up around the country, where people with depression can receive infusions of ketamine via IV. Some of those clinics aren’t run by psychiatrists or mental health professionals, he says, but by anesthesiologists and pain physicians who may not have as refined training about how best to use ketamine for depression. “I worry about how well people are screened, and because this is a drug of abuse, whether people are screened for drug abuse as well,” he says.

Even though doctors can prescribe ketamine for depression off label, huge questions still remain about how much of the drug to give, and for how long, says Nemeroff. There is also no data on the safety or efficacy of using ketamine long-term. “If we give ketamine to someone who is suicidal, and they’re no longer suicidal, do we let them go? What happens the next day or two days later? Does the suicidality come back? These are the kinds of questions we need to know the answer to,” says Nemeroff.

Some of those answers may come from a trial that Johnson & Johnson is conducting on a type of ketamine they’ve developed as an intranasal medication. That study will provide more data on what dose might help people with depression, how long the drug should be given and whether there are long-term side effects. If those results are positive, then groups like the American Psychological Association will need to help doctors decide who might benefit most from the drug by coming up with guidelines for how best to administer the medication. “It would be terrific to have new targets to treat depression,” says Nemeroff. “I’m just saying that I want us to be cautious.” 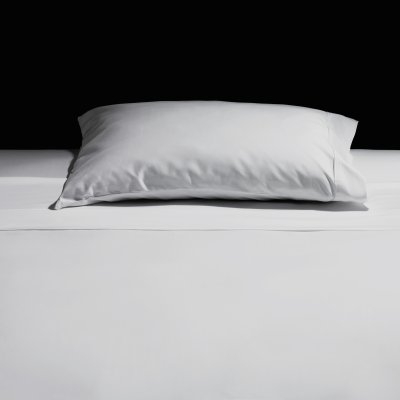 Why You Don’t Sleep Well in Someone Else’s Bed
Next Up: Editor's Pick