A Young Bangladeshi Refugee Has Died of Heart Failure on Nauru

This is an closeup satellite image of the Topside detention camp in Nauru taken on July 24, 2013.
DigitalGlobe/ScapeWare/Getty Images
By Simon Lewis

A Bangladeshi refugee on the Pacific island of Nauru died Wednesday from suspected heart failure, the Australian government said, amid rising protests, including acts of self-harm, by people on the island who are sent there after trying to reach Australia illegally by boat.

A statement from the Australian Department of Immigration and Border Protection said the man, 26, admitted himself to the Republic of Nauru Hospital on Monday with chest pains. He received treatment at the hospital and an air ambulance was dispatched, the statement said, but the man’s condition meant he couldn’t be moved and he died after a series of cardiac arrests.

“Authorities are looking to contact the man’s family and are providing appropriate support to his friends in Nauru,” it said. “The Department expresses its sympathies to his family and friends.”

Australia’s policy of sending asylum seekers to Nauru, an independent island nation, has drawn accusations that it is neglecting its legal duties toward people, including children, who are fleeing conflict or poverty. Canberra counters that it takes in thousands of refugees each year through its own humanitarian programs. It says that if it were to accept asylum seekers who try to reach its shores by boat, it would be encouraging thousands of people to risk their lives on the perilous journey and play into the hands of human traffickers.

Asylum seekers who attempt the sea crossing are never permanently allowed into mainland Australia, even if their applications for refugee status are successful. They are instead sent to Nauru or to Manus, part of Papua New Guinea — but the government of that country has ordered the Australian immigration department’s camp there closed.

In the past few weeks, an Iranian man died at the Manus detention center after setting himself on fire and a woman attempted to do the same, suffering serious burns.

A statement from the Sydney-based Refugee Action Coalition, which is in contact with refugees on the island, identified the Bangladeshi man by the name Rakib, and said he had been living in Nauru for five months.

It also said he had taken an overdose of tablets including painkillers, and criticized the Australian government for omitting the overdose from its statement.

“The Immigration statement has left many people on Nauru angry, because the statement is seen as just another cover-up by the Australian Border Force,” spokesman Ian Rintoul said. He also raised concerns over whether Rakib received the appropriate treatment for his suspected overdose. “Rakib’s friends say his suicide was driven by the same desperation as others on Nauru. There is no future [for the refugees].”

Correction: The original version of this story misstated Canberra’s policy on refugees arriving by boat. They are allowed into Australia, just not permanently 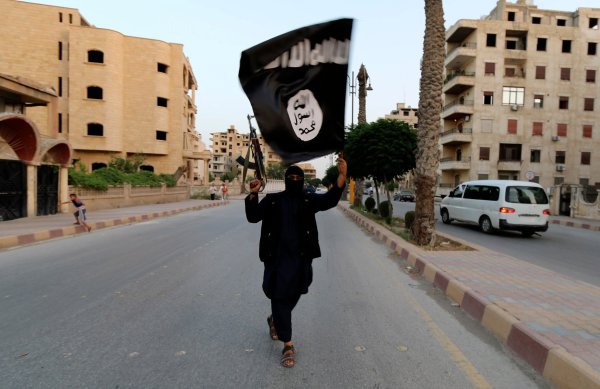