Iran Will Sue the U.S. for the Return of $2 Billion in Frozen Assets

Iran will challenge in international court the U.S. Supreme Court’s order that $2 billion in frozen Iranian assets be paid as compensation for terror attacks, President Hassan Rouhani said in a televised speech on Tuesday.

“We will not allow the U.S. to swallow this money so easily,” Rouhani said, according to Agence France-Presse.

On April 20, the U.S. Supreme Court ruled that the $2 billion be paid to the survivors and relatives of attacks Iran had been reportedly tied to, including the 1983 bombing of U.S. Marine barracks in Beirut.

The potential court case comes as Tehran and Washington work to improve relations. The two nations along with other world powers reached a long-sought nuclear deal last July. 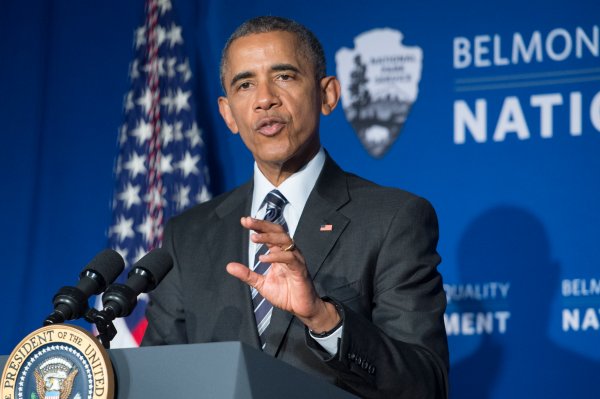 Obama Expresses 'Concerns' on Iran in Saudi Arabia
Next Up: Editor's Pick