Here's Why Friday the 13th Is Considered Unlucky

Fear of Friday the 13th has spawned a horror movies franchise, its own hard-to-pronounce term — paraskevidekatriaphobia — and a tradition of widespread paranoia when it rolls around each year.

While folklore historians say it’s tough to pinpoint exactly how the taboo came to be, many believe it originates from the Last Supper, and the 13 guests who sat at the table on the day before the Friday on which Jesus was crucified.

“When those two events come together, you are reenacting at least a portion of that terrible event,” Dr. Phil Stevens an associate professor of anthropology at the University at Buffalo, tells TIME. “You are reestablishing two things that were connected to that terrible event.”

What began as a Christian interpretation launched into a phenomenon that leads some modern Americans to avoid staying at hotel rooms with the number 13, beware of venturing up to the 13th floor of any building or try not to sit in the 13th row in airplanes, Stevens says. “The number 13 became a problematic number because of the number of people at that table during that fateful event,” he says.

Read More: 13 Things to Know About Friday the 13th

But there are many other theories of how the ominous day came to be considered the harbinger of bad luck.

Most theories may exist in an attempt to explain the unexplainable, according to Dr. Simon Bronner, a distinguished professor of American studies and folklore at Pennsylvania State University. To him, Friday the 13th is just a convenient milestone for people who are looking to trace bad luck to a certain cause—but there’s nothing special about the date itself. After all, the number 13 is apparently considered lucky some countries, like Italy, he adds.

“There’s a grain of truth to [the Last Supper theory], but the problem is that there is not much of a connection to the modern belief,” Bronner says. “It may be a case of religious folklore that rose to explain a belief. Psychologists treat [the fear of Friday the 13th] as real, but my sense is that…it’s something to blame. I think it was a constructed belief.”

Still, regardless of whether people choose to purposefully steer clear of black cats or dodge sidewalk cracks on Friday the 13th, Stevens notes that it’s important not to mock other people’s convictions surrounding the day. “Sometimes these are frivolous things, but sometimes they are deeply rooted cultural fears,” he says. “You can insult somebody by making fun of it or you can be ignorant yourself. Some people have deep cultural taboos that you cannot change by denying them.” 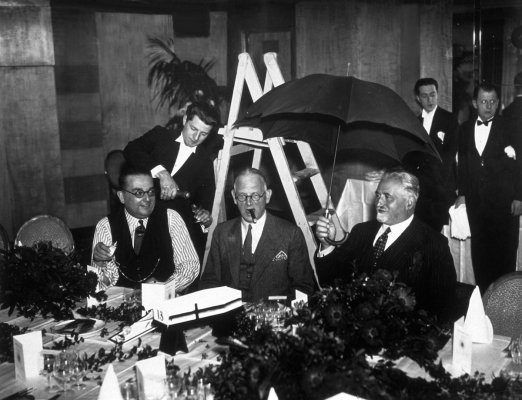 Friday the 13th: The Original Viral Marketing Stunt?
Next Up: Editor's Pick