The Race to Build the Hyperloop Just Got Real

Hyperloop Technologies, one of two leading firms working to bring the high-speed hyperloop to life, is changing its name to “Hyperloop One,” the company announced Tuesday. Why the change?

“We believe this is the one company that can deliver hyperloop first,” said CEO and former Cisco President Rob Llyod at a company event, one day before a planned systems test. “We can assure you that we’re the one company that’s ahead of all the others in executing on this vision.”

That’s a direct challenge to Hyperloop One’s primary rival, Hyperloop Transportation Technologies, or HTT. (Hyperloop One’s new name mercifully clears up a source of much confusion in the hyperloop world.) Whereas Hyperloop One is taking a more traditional startup-like approach to building a hyperloop, HTT believes a unique crowdsourcing model is the way to go.

Neither company is guaranteed success. For now, the hyperloop remains a largely theoretical transportation system, in which a pod filled with passengers or cargo would be put into a nearly-depressurized tube and whisked along by a fan or magnets at speeds approaching 800 miles an hour. Many doubt the idea will ever become a practical mode of transportation. Even if the technology proves feasible, economic and regulatory hurdles will remain. But a successful version could revolutionize business, travel, urban design and more, making the technology worth keeping an eye on.

Hyperloop One and HTT, viewed as contestants in a race to build the first true hyperloop even before Llyod’s latest comments, had dueling news releases this week. HTT announced Monday that it had licensed a technology called “passive magnetic levitation,” which it says would result in a more energy efficient system. Hyperloop One, along with the name change, announced Tuesday that it has raised $80 million in new funding, has signed partnerships with other engineering and transportation firms, and is embarking on feasibility studies in California and Europe. 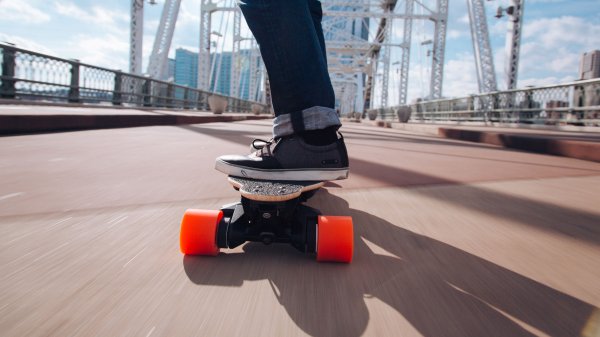