3 Reasons Why Stephen Curry Had The Best NBA Season Ever

Stephen Curry of the Golden State Warriors poses with his back-to-back NBA Most Valuable Player Awards following a press conference at ORACLE Arena on May 10, 2016 in Oakland, California.
Ezra Shaw—Getty Images
By Sean Gregory

No voters — in the sports media or otherwise — could screw this one up. On Tuesday, Stephen Curry became the first unanimous MVP in NBA history, as a panel of 130 sports writers and broadcasters, plus a fan vote, all awarded him first place votes. It’s a fitting honor for the player who turned in the best season the NBA has ever seen. Need reasons to back up this claim up? Like Curry, we’ll shoot for three:

Let’s not kid ourselves. There are many other reasons Curry made basketball history this year. Such as:

And though the MVP ballot doesn’t account for the playoffs, we have to mention Monday night. Curry, who hadn’t played in two weeks due to a knee injury, scores 40 points off the bench — including an NBA-record 17 in overtime — to lead Golden State to a 132-125 Game 4 win over the Portland Trail Blazers. The Warriors are now one win away from advancing to the Western Conference finals. Curry’s best ever season is far from over. Don’t be stunned if it only gets better. 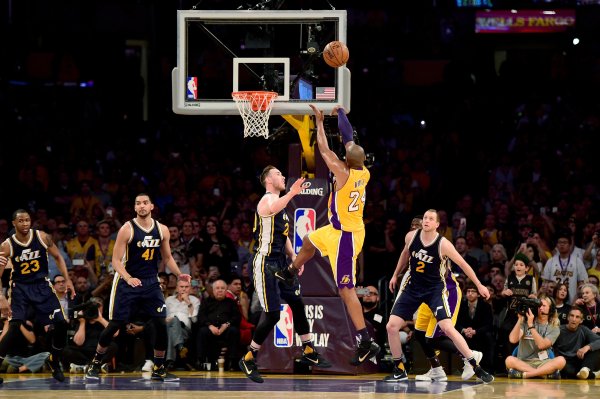